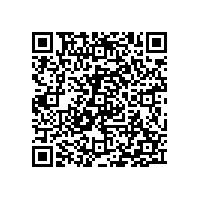 Subscribe to news
(PresseBox) ( Oslo, 12-01-17 )
RWE Dea Norge commenced the drilling of a second well in production license PL435 in the Norwegian Sea beginning of the year. The target of this well is, to explore more gas reserves in the license.

In September 2010, RWE Dea made its first gas discovery in production license PL435. The well encountered gas in a 150 meter column in the Fangst group. After the evaluation of development scenarios for the discovery, the company commenced the second well - the so called "Zidane 2" - last week.

With the semi-submersible drilling rig West-Alpha, the well will be drilled to a vertical depth of approximately 4800 meters below sea level. The water depth at the site is 399 meters. The well operation is expected to last 81 days with the possibility of extension pending a discovery.

During the nine months phase of well planning, extensive focus has been addressed to the HPHT nature of the exploration well. "Drilling Zidane 2 and analyzing the results will be very exciting. Thanks to a thorough preparation by our team, the mobilization and spud was carried out safely and according to plan. Right from the beginning we have a strong focus on health, safety and environment", says Hans-Joachim Polk, Managing Director of RWE Dea Norge.

"Gas production in Norway is of high importance for RWE Dea. This good progress in the production license in the Norwegian Sea will contribute to the goal to extend our portfolio in the country", says Ralf to Baben, Chief Operating Officer at RWE Dea AG.

RWE Dea Norge AS is a subsidiary of the German oil and gas company RWE Dea AG and has been present in Norway for 38 years. The company has ownership interests in several producing fields, such as Snorre, Gjøa and Snøhvit, and is participating in two of the most important recent discoveries on the Norwegian continental shelf, Luno and Jordbær. RWE Dea Norge is operator of four licenses in the exploration phase.

RWE Dea AG, headquartered in Hamburg, is an international company operating in the field of exploration and production of natural gas and crude oil. The company deploys state-of-the-art drilling and production technologies, putting its many years' experience acquired to good use. RWE Dea has set new standards in the fields of safety and environmental protection.