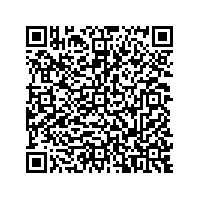 RWE achieved its operating earnings goals for 2015 despite unfavourable framework conditions in the energy sector. Based on unaudited pro-forma figures, the Group posted an operating result of €3.8 billion and adjusted net income of €1.1 billion. These figures are within the ranges forecast by the company in March 2015. At €7.0 billion, EBITDA was much higher than expected. However, this was due to special items. Although earnings recorded by the Renewables Division more than doubled compared to 2014, the Group's operating earnings as a whole deteriorated. The continued collapse of wholesale electricity prices came to bear, leading to an erosion of power plant margins. The prospects in the conventional power generation business have worsened further. This caused RWE to recognise an impairment of €2.1 billion for its German and UK power stations, which reduced the non-operating result. Moreover, a write-down of €0.9 billion in deferred taxes had to be recognised in the income statement. Due to these exceptional burdens, net income was unusually weak, amounting to -€0.2 billion. RWE took a major step forward in reducing debt: primarily due to the successful sale of the subsidiary RWE Dea in March 2015, net debt dropped by one-fifth to €25.1 billion.

Peter Terium, CEO of RWE AG, says, "With the efficiency-enhancement programme that was launched as early as 2012, the new dividend policy introduced at the end of 2014 and our plans for a future-oriented realignment of the Group, we adopted a series of measures which will equip the Group for difficult times while tapping into new business prospects at the same time. We are working on this with resolve."

One milestone in the Group's continued development is the decision taken at the end of 2015 to pool renewables, grids and supply in a new subsidiary and list it on the stock market. RWE plans to increase the new company's capital by about 10% by the end of 2016 by issuing new shares. The proceeds will be earmarked to finance further growth in forwardlooking markets. So far, the company is making rapid progress and is on schedule to make this move.

In addition, RWE will step up its efficiency-enhancement programme substantially. By the end of 2015, a lasting positive effect on earnings of €1.6 billion had already been achieved with the programme, which was initiated in 2012. €200 million of this sum was realised in the past financial year - €100 million more than planned. Now the company intends to initiate additional measures to improve its operational strength. The focus lies on conventional power generation and the UK supply business, which will be restructured comprehensively. The overall goal of the efficiency-enhancement programme is now €2.5 billion (previously €2.0 billion). It will be achieved in 2018 (previously 2017).

Dividend proposal by the Executive Board

The Executive Board of RWE AG has decided to propose to the Annual General Meeting a suspension of the dividend payment to holders of common shares for fiscal 2015. For owners of preferred shares, the proposed dividend corresponds to the preferred share of profits of €0.13 per share stipulated by the Articles of Association. The backdrop is the recent dramatic deterioration of the earnings prospects of conventional power generation. Another reason for this decision by the Executive Board are the current political risks. "In light of the current economic prospects of conventional power generation, we reached a decision concerning the dividend today that did not come easily to us. We know that we might disappoint many shareholders with today's decision. However, it is necessary in order to strengthen our company," says Peter Terium, CEO of RWE AG. "A dividend policy with good measure, which corresponds to what is feasible, is also in the interests of the shareholders. We will harness all our forces in order to master the crisis in conventional power generation, while seizing the business opportunities we are offered by the structural change in the energy sector."

For 2016, RWE expects EBITDA of €5.2 to €5.5 billion, an operating result of €2.8 to €3.1 billion and adjusted net income of €0.5 to €0.7 billion. This represents a considerable decline compared to 2015. Besides the erosion of margins in conventional power generation, the absence of the positive special items recorded last year also comes to bear. RWE plans to tackle the operating and technical problems in the UK supply business with resolve, but anticipates burdens in this area again in 2016. Net debt and headcount at the Group level are unlikely to change significantly compared to 2015.