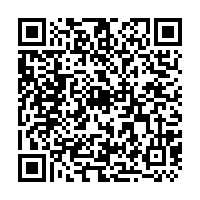 RWE improved its earnings performance in the first half of 2012 compared to the same period in the previous year. While revenue remained almost constant at €27.1 billion, the operating result increased by 9% to €3.6 billion and EBITDA also rose by 9% to €5 billion. However, the first half of 2011 was marked by the one-off effects incurred as a result of political decisions over nuclear energy. Electricity sales fell by 8% in the first half of 2012, primarily due to the deconsolidation of Amprion, while gas sales declined by 11%. A much-improved energy trading performance and an agreement with gas supplier Statoil both had a positive impact. Payments for Statoil-supplied gas is now in line with the prevailing market conditions, reducing the current burdens and future risks for RWE. Recurrent net income - the key determinant of the RWE dividend - remained almost stable at €1.7 billion.

"The present framework conditions are anything but favourable", said Peter Terium, CEO of RWE. "Mounting state intervention in the energy sector, shrinking power plant margins and fierce competition in electricity and gas supply are all challenges we are facing."

This is why RWE introduced a package of measures in August last year, aimed at strengthening its financial power. The capital measures of that package, which included an increase in capital and a €2 billion hybrid bond programme, have already been concluded. The reduction in investment expenditure over the next few years - to €4 billion or no more than €5 billion per year - has been initiated. The divestment programme is underway: RWE has already reduced its share in Saarland-based utility VSE and reached an agreement with the Berlin Senate for it to acquire RWE's 24.95% share in Berlinwasser.

RWE is intensifying these and has set up a new programme named "RWE 2015", which aims to improve earnings by €1 billion per year by the end of 2014. Specific projects have been set up in the operating companies, laying the foundation to achieve the majority of the desired savings. The target now is to realise further improvement in earnings via Group-wide standardisation and pooling of interface functions. As part of that process, RWE is also investigating the option of relocating or outsourcing certain functions. Beyond the measures already announced in 2011, this new programme will affect about 2,400 positions across the Group. Peter Terium: "These HR measures are essential to maintaining the market competitiveness of RWE, but we will be implementing them in a planned and transparent manner in full consultation with employee representatives."

European electricity generation under one umbrella

RWE intends to address the fundamental changes in the European electricity generating market by forming a pan-European generating company. The coal- and gas-fired power plants of RWE Power are to be integrated into this company. The new company would manage all conventional power plants of RWE Power, RWE npower and Essent in future. This new structure will allow the Group to respond more quickly to the rapid pace of change within the electricity market. RWE intends to set up the generating company as a Societas Europaea (SE) based in Germany. It is scheduled to start operating at the beginning of 2013.

With near-constant external revenue, RWE envisages a stable earnings contribution for the year as a whole, despite the planned divestments. EBITDA and the operating result are expected to be comparable to that of the previous year (€8.5 billion and €5.8 billion respectively). The Group also expects to be able to maintain the level of recurrent net income achieved in 2011 (€2.5 billion).