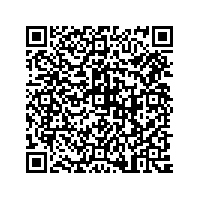 Subscribe to news
(PresseBox) ( West Sussex, 09-07-14 )
Jolyon Nash has been appointed as successor to Graeme Grieve in the position of Director of Sales and Marketing for Rolls-Royce Motor Cars.

Nash was schooled in Newent, Gloucestershire and obtained his BA (Hons) Business Studies degree from Greenwich University in the UK.

He worked in a range of sales and marketing positions at two of South Africa's larger corporations, Liberty Life and South African Breweries, before entering the motor industry.

Significantly, Nash spent five years as an auto dealer in Herefordshire before returning to South Africa in 1995 to join the BMW Group. As a Dealer Principal he worked on both the Sales and Aftersales sides of the business gaining valuable insights and experience along the way. He served in a number of positions at BMW including that of General Manager, BMW Sales and Marketing.

In 2001 Nash joined Volkswagen of South Africa as Sales and Marketing Director, responsible for the Volkswagen and Audi brands. He subsequently joined McCarthy Limited, one of South Africa's largest Motor Groups, in 2005 as Executive Director with responsibility for McCarthy's Vehicle Import and Distribution business, Yamaha Distributors and McCarthy Financial Services.

Jolyon is married to Mari and has two children from a previous marriage, Alexander, 19 and Charlotte, 17. His interests include reading, mountain biking, and cars, in particular British sports cars.