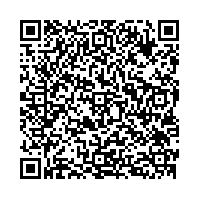 Rocket Internet SE's ("Rocket Internet" or "the Company") selected companies have shown continued revenue growth and progress on their way towards profitability in 2016. Aggregate revenue across the focus sectors Food & Groceries, Fashion, General Merchandise and Home & Living grew by 29% from EUR 1.7 billion in 2015 to EUR 2.2 billion in 2016. The aggregate adjusted EBITDA margin improved by 16.4 percentage points from -31.3% in 2015 to -14.9% in 2016, which equates to an absolute EBITDA loss reduction of EUR 234 million.

HelloFresh, a leading global meal kit provider, grew by 95.8% in 2016 and reported revenue of EUR 597.0 million, while improving its adjusted EBITDA margin by 14.5 percentage points to -13.8%. Delivery Hero, one of the worlds' largest online food delivery networks, increased gross merchandise volume from EUR 1.4 billion to EUR 2.3 billion in 2016 and revenue from EUR 166 million to EUR 297 million.

In the same period, Global Fashion Group ("GFG") experienced continued revenue and net merchandise volume growth across all regions, reaching revenue of over EUR 1.0 billion. GFG's adjusted EBITDA margin improved from -26.9% in 2015 to -12.5% in 2016. Middle Eastern online fashion retailer Namshi has successfully reached breakeven, with an adjusted EBITDA margin of 1.8% for the year.

African online platform Jumia, formerly known as Africa Internet Group, has successfully completed the rebranding of all services under the Jumia brand in 2016 with a positive impact on traffic and brand awareness. Jumia reduced its adjusted EBITDA losses from EUR -161.3 million in 2015 to EUR -91.9 million in 2016.

"In 2016, our selected companies progressed on their path towards profitability, while demonstrating further growth ", says Oliver Samwer, CEO Rocket Internet.

Rocket Internet Group's FY 2016 revenue of EUR 50.4 million and the consolidated loss of EUR -741.5 million have been impacted primarily by the deconsolidation of subsidiaries, e.g. La Nevera Roja and Pizzabo, and impairment related charges of associated companies. As already explained in detail as part of the half-year financial statements 2016, the main negative effects on net income, in particular impairment charges in relation to GFG, were non-cash effects. Rocket Internet Group's cash flow from operating activities improved by EUR 19.8 million to EUR -85.7 million

For an overview of the detailed FY 2016 results for Rocket Internet SE and selected companies, please see the appendix or visit our website.

Despite not having control over the key portfolio companies mentioned above, the aggregate financial information is shown on a 100% basis (i.e. 100% of net revenues and EBITDA). The actual legal and economic interest of the Rocket Internet group in the network companies shown above is far lower than 100%. Please refer to Rocket Internet SE's consolidated financial statements for additional information on the group's consolidation policies and its segment information.

This document contains forward-looking statements. These statements are based on the current views, expectations and assumptions of the management of Rocket Internet SE and involve known and unknown risks and uncertainties that could cause actual results, performance or events to differ materially from those expressed or implied in such statements. Actual results, performance or events may differ materially from those described in such statements due to, among other things, changes in the general economic and competitive environment, risks associated with capital markets, currency exchange rate fluctuations and competition from other companies, changes in international and national laws and regulations, in particular with respect to tax laws and regulations, and other factors. Rocket Internet does not assume any obligations to update any forward-looking statements.

Rocket Internet incubates and invests in Internet companies with proven business models. It provides operational support to its companies and helps them scale internationally. Rocket Internet focuses predominantly on four industry sectors of online and mobile retail and services that make up a significant share of consumer spending: Food & Groceries, Fashion, General Merchandise and Home & Living. Rocket Internet's selected companies are active in a large number of countries around the world with more than 28,000 employees. Rocket Internet SE is listed on the Frankfurt Stock Exchange (ISIN DE000A12UKK6, RKET). For further information please visit www.rocket-internet.com.