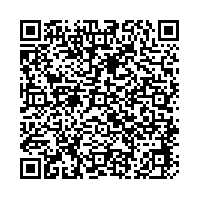 Subscribe to news
(PresseBox) ( Hamburg / Osterrönfeld, 09-09-04 )
REpower Systems AG (WKN 617703) celebrates the topping-out ceremony for its new Technical Center today in Osterrönfeld, Rendsburg-Eckernförde. Next spring, some 470 employees - primarily from the Research and Development, Technical Support and Service departments - will move in to the new complex on the Kiel Canal. These departments were previously based at two locations in Rendsburg and Büdelsdorf.

At around midday, in the presence of Dr. Jörn Biel, Minister of Science, Economic Affairs and Transport of the State of Schleswig-Holstein, and Bernd Sienknecht, Mayor of Osterrönfeld, as well as other invited guests, the toppingout wreath was raised into place with a crane. In his opening speech, REpower's Chief Technology Officer Matthias Schubert emphasized the company's traditional ties with Schleswig-Holstein and the Rendsburg-Eckernförde district, and the excellent location conditions which the company has found on the Kiel Canal. "With our topping-out ceremony today, we are hopefully not only paving the way for further growth of REpower Systems AG, but also for the development of Osterrönfeld as a wind energy location and industry cluster," he stressed.

Dr. Jörn Biel, Minister of Economic Affairs of Schleswig-Holstein, congratulated REpower Systems AG on the extensive project. "This is not just the biggest successful settlement in the region for 30 years", he stated. "With this building in 2

Osterrönfeld, near Rendsburg, the company is also making a huge investment in wind energy and in the future of Schleswig-Holstein. Highly innovative job opportunities are being created here, which is very pleasing especially at an economically difficult time."

The Technical Center was built by Max Bögl Bauunternehmung GmbH & Co. KG and has approximately 11,700 m2 of usable floor space in total. It consists of two structures: a nine-story office building and a second, trapezoid-shaped building with four floors, which will also house a cafeteria on the basement level. In addition to research activities and the further development of REpower wind turbines and products, Osterrönfeld will also be where global service is organized and where the company's entire wind turbine fleet is monitored by Permanent Monitoring System (PMS) employees.

REpower Systems AG is one of the leading manufacturers of onshore and offshore wind turbines. The international mechanical engineering company develops produces and markets wind turbines with rated outputs of 2 MW to 6.15 MW and rotor diameters of 82 metres to 126 metres for almost any location. In addition to this, it offers an extensive range of service and maintenance services. The profitable and reliable systems are designed at the REpower development centre in Rendsburg and manufactured at its Husum (North Friesland), Trampe (Brandenburg) and Bremerhaven plants.

The company, which is headquartered in Hamburg and has been listed since March 2002, has over 1,800 employees worldwide and can draw on experience gained in the manufacture and installation of almost 2,000 wind turbines worldwide. REpower is represented by distribution partners, subsidiaries and participations in European markets such as France, Belgium, Great Britain, Italy, Portugal and Spain as well as on a global level in the USA, Japan, China, Australia and Canada.