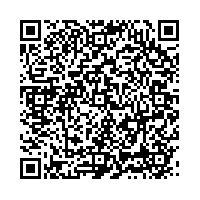 In the first three months of the fiscal year 2010/11, REpower Systems AG delivered, installed or commissioned wind turbines with a total rated output of 169 megawatts (MW). This figure was at the same level as in the previous year: in the first quarter of 2009/10 it amounted to 170 MW. During the reporting period onshore turbines of the MM and 3.XM series were installed. Almost 35% of the total rated output was installed in Germany and 65% abroad.

The order backlog amounted to 2.1 gigawatts as at June 30, 2010, which represented an increase of around 70% yearonyear. The contractually secured order volume thus rose from EUR 1.45 billion in the previous year to EUR 2.42 billion in the first quarter of 2010/11. In terms of the total rated output of the turbines sold, the proportion of international business was 65%.

The decline in sales and income was largely due to the postponement of projects by customers. From the current perspective, the Executive Board does not expect postponements during the year to have a negative impact on the fullyear forecast.

For the fiscal year 2010/11, REpower is therefore still anticipating an increase in total operating revenue for the Group to between EUR 1.5 billion and EUR 1.6 billion. This forecast is accompanied by an increase in the operating margin (EBIT margin) to between 7.5% and 8.5%. The earnings development expected is predominantly based on economies of scale and a further reduction in the material cost basis.

Despite continuing uncertainty regarding the future development of the world economy in general, the company assumes that the fiscal year 2011/12 will see continued Group growth with a simultaneous improvement in the EBIT margin.

REpower Systems AG, a Suzlon group company, is one of the leading manufacturers of onshore and offshore wind turbines. The international mechanical engineering company develops, produces and markets wind turbines with rated outputs of 2.05 MW to 6.15 MW and rotor diameters of 82 meters to 126 meters for almost any location. The company also offers a comprehensive portfolio of service and maintenance packages. The profitable and reliable systems are designed at the REpower TechCenter in Osterrönfeld and manufactured at its plants in Husum (North Friesland), Trampe (Brandenburg) and Bremerhaven as well as Portugal and China.

With more than 2,000 employees worldwide, the company, which has been listed since March 2002 and is headquartered in Hamburg, can make use of the experience gained from the manufacture and installation of around 3,000 wind turbines around the world. REpower is represented by distribution partners, subsidiaries and participations in European markets such as France, Belgium, the UK, Italy, Portugal and Spain as well as on a global level in the USA, Japan, China, Australia and Canada.