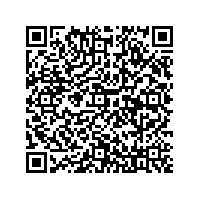 Subscribe to news
(PresseBox) ( Poschiavo, 10-08-23 )
Repower's results for the first half of 2010 have been depressed by currency factors. That makes it all the more good news that Repower's operations are on course despite the difficult environment. The operating income (EBIT) of CHF 65 million lies within our expectations.

The first half of 2010 was dominated by the currency situation. Repower conducts over 90 per cent of its business in euros, and so was affected by the sharp downturn in the exchange rate. Despite hedging, the financial result was negatively impacted by some CHF 25 million of unrealised losses on loans within the Group. This resulted in group profit for the first half of 2010 of CHF 18 million.

Repower is therefore on track operationally and consistently and successfully implementing its growth strategy. Intensive progress is being made in strategic projects in terms of developing the markets and expanding the power plant portfolio as well as in IT and infrastructure projects. This provides a firm foundation for Repower's sustainable growth in future.

In mid-June Repower was able to announce its plan to take over the Romanian distribution company Elcomex EN SRL, a company that works to a business model similar to that of Repower in Italy and Germany: it markets energy to SME customers, and has a share of the Romanian market amounting to approximately 6 percent. Repower sees potential for growth in Romania, and the country can, in future, take on a pivotal role in the energy field. In the medium term, it is envisaged that Repower will develop its own generating capacities in Romania.

Repower, following the strategy, favours a balanced mix of diverse technologies in its key markets as a means of further developing its own power generation facilities: hydropower, thermal power generation (gas and coal), and wind power. Important progress was achieved in all areas in the first half of 2010. The Lago Bianco concession project for a 1000 megawatt pumpedstorage power plant was completed and the technical report was approved by the partners involved - cantonal and communal authorities and environmental organisations. The referenda in the communities affected by the concession are expected to be held before the end of this year.

Building work on the new Taschinas hydropower plant (Prättigau) is so far advanced that it will be possible to connect the plant to the grid as planned in spring 2011. Work is in progress on the "Chlus" concession project, which will use the lowest level of the Landquart river in Prättigau.

Repower is collaborating with partners in Italy (Saline Joniche) and Germany (Brunsbüttel) on the development of the latest generation of coalfired power plants. Further progress has been made in the approval process for both projects, the dossiers are currently evaluated by the authorities.

The first half of the year also saw Repower extending its wind power portfolio by acquiring wind farms in Germany - in Prettin (Saxony-Anhalt) and Lübbenau (Brandenburg) - while, in Italy, the company acquired an interest in the Giunchetto wind farm in Sicily. It also took over completely the plant in Corleto Perticara in which it had had a majority interest. This means that Repower now has an installed capacity of 47 megawatts in wind power plants.

Something else of importance was the change in corporate appearance and the company name, when what had been Rätia Energie became Repower. The new name has caught on quickly, and the Group is thus well equipped for continued growth in all markets.

We expect the environment to remain difficult in the second half of the year, particularly on the financial markets. From the present point of view we can stand by our statement in the spring that we can expect operating profit for the year 2010 to fall slightly short of that of the previous year.
Group profit will be strongly influenced by the development in exchange rates and, as things stand at present, look unlikely to reach last year's level.

The complete semiannual report 2010 is available to download from the link www.repower.com/en/group/investor-relations/financial-reports/