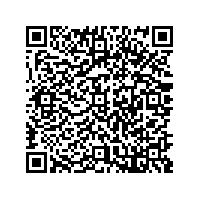 (PresseBox) ( Poschiavo, 17-04-04 )
In 2016 Repower posted total operating revenue of CHF 1.7 billion in what remained a challenging environment, closing the financial year with a significant year-on-year increase in operating income. An increase in capital enabled the company to broaden its shareholder base and create a good foundation for developing its new fields of business. Repower strengthened its partner strategy, invested in security of supply, and delivered projects to safeguard the value of its hydropower assets.

The market environment remained challenging in 2016, a year marked by persistently low energy prices overall, despite a slight recovery, and the low EUR/CHF exchange rate. Political instability and factors distorting the international energy market added to the uncertainty, leading to a great deal of nervousness and volatility. This resulted in a firming in prices on the energy markets in autumn 2016, although this did not constitute a sustained recovery.

EBIT significantly higher than in the previous year

This scenario also affected Repower over the year under review. The company saw an eight per cent year-on-year decline in total operating revenue to CHF 1.7 million. Operating income (EBIT) was substantially higher than the previous year at CHF 22 million (CHF -69 million in 2015). Contributory factors included revenues from the day-ahead and balancing energy market in Italy, the disposal of non-operational properties, and the sale of the subsidiary connecta ag. The increase in market prices in the fourth quarter also had a positive impact on results in the form of impairment gains on generation assets. Extraordinary items such as an increase in provisions for long-term agreements and impairments on overdue receivables in the sales business in Italy had a negative impact on results. Group result came to CHF -13 million.

Market Switzerland and Market Italy contributed CHF 13 million and CHF 10 million respectively to EBIT. Other segments and activities posted operating income (EBIT) of CHF 2 million in 2016 (2015: CHF -24 million). This also included the sale of the Romanian business to the MET Group. There was a significant year-on-year increase in cash flow from operating activities to CHF 69 million; this figure exceeded investment.

Increase in equity, broader shareholder base

Since 28 April 2016, Repower has no longer been listed on the SIX Swiss Exchange. The newlycreated unified registered share has performed well since over-the-counter trading commenced on Berner Kantonalbank’s OTC-X platform.

Repower concentrates on the core markets of Switzerland (including Germany and its origination business) and Italy, with a clear focus on sales and services. The company has also extended its network of consultants in Italy.

Drawing on its know-how in generation, grids and trading, Repower offers a comprehensive range of services to energy utilities, industrial and business customers. In 2016 Repower was commissioned by outside companies to do a variety of maintenance and service work on their grids. This included work for Engadiner Kraftwerke, which has an arrangement running for several years under which Repower maintains and extends its assets. Repower also worked on public lighting contracts for communities including Falera, Schluein, Ilanz and Surrein in the Bündner Oberland. The smart LED lighting installed by Repower boosts energy efficiency and helps municipalities save a large portion of their costs. LED technology has also gained in importance in Italy: last July Repower launched its DIODA product, and has already replaced conventional lighting with energy-saving LED technology for more than 70 customers. Repower also continued to expand its trading services in 2016, taking care of balance group and ancillary services management on behalf of various customers, as well as supporting them with energy procurement and access to market information. Added to this, Repower delivered a number of large projects on behalf of prestigious customers. For example, it continued with the job of planning, tendering for and managing construction of the new 220-kV Avegno substation in Canton Ticino on behalf of the national grid operator Swissgrid AG. Repower also completely overhauled the remote control for five substations on behalf of the Rhaetian Railway.

In 2016 Repower generated revenues totalling around CHF 21 million with services for third parties.

In 2016 Repower successfully launched Plug’n Roll, a charging network for electric cars. Together with its customers, Repower has already installed more than 60 charging stations at 30 locations, most of them in Graubünden. More than 1,000 electric vehicle drivers have already signed up for the network. Now the offering is also being stepped up outside Canton Graubünden. Repower is likewise forging ahead with electric vehicle solutions in Italy with the launch of the Ricarica 101 project. The aim is to install charging points in 101 defined zones to enable travel by electric vehicle through all the regions of Italy. The project has already installed charging stations covering 120 locations within 68 of these zones.

Hydropower is the backbone of Repower’s own generation capabilities, and of the entire Swiss energy supply. For this reason Repower supports the ongoing efforts to make the framework for hydropower generation more attractive again. Security of supply in Switzerland depends on the long-term availability of hydropower. The goals of Energy Strategy 2050 can also only be met if hydropower is developed further.

Against this backdrop, in 2016 Repower delivered various project to safeguard the value of its hydropower assets: The Cavaglia plant in Valposchiavo and the Trun plant in the Surselva were successfully brought under the feed-in remuneration at cost (KEV) scheme. Repower also received project approval from Canton Graubünden for the planned Lagobianco pumped storage plant. This lays the foundation for renewing and optimising existing assets in Valposchiavo.

In 2016 Repower extended its portfolio of hydropower assets, with the newly built Morteratsch power plant in the Engadine going on grid after record-quick construction. The new set-up almost doubles generation capacity by comparison with the old plant. It also saw the adoption of a new funding and operating model for the first time in partnership with an infrastructure fund.

In addition, Repower is working to move its portfolio over to 100 per cent renewable generation. And starting 2017 it only offers renewable energy to basic supply customers, who can now choose from renewable electricity in three different qualities.

Investing in security of supply

The measures contained in the federal government’s Energy Strategy 2050, and the goal of making increasing use of photovoltaic installations, additional battery storage and electric vehicles, lead to new challenges in terms of grid technology. Many grid operators are seeking a strong partner to help them address these challenges. In 2016 Repower was already taking care of grid and regulatory management for a number of customers.

Last year Repower invested around CHF 11.5 million in its grid assets to ensure a stable supply of electricity. The company is planning more work to extend the grid in areas including Landquart-Prättigau-Davos.

Repower also wants to help ensure security of supply by way of innovation. In 2016, for example, the company worked to further develop Smart Home, a solution that helps customers optimise their power consumption.

No dividend to be paid
In the light of the earnings situation, which remains tense, and efforts to strengthen the business, the Board of Directors will move that the annual general meeting on 17 May 2017 in Pontresina again resolve not to distribute a dividend for the 2016 financial year.

Outlook
Market conditions will remain challenging in the next few years. For 2017 Repower anticipates operating results at around 2015 levels. There are signs that the price environment will improve slightly from 2019. One reason for this is that Germany is removing generation capacity from the grid, which should have a positive impact on prices. Repower has positioned itself to address the challenges of the future by gearing its corporate structure to sales and focusing on services, and will continue to work systematically to refine its focus on sales.