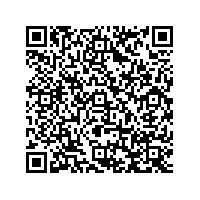 RENK generated an order intake of € 486 million in 2016 after € 483 million in the previous year. Special Gear Units and Vehicle Transmissions performed better than in the previous year, while Slide Bearings and Standard Gear Units were down year-onyear. In particular, the absence of new orders for wind turbine gear units and the tense situation in the oil and gas industry were keenly felt at the Standard Gear Units site in Rheine.

In 2016, RENK invested € 11 million (previous year: € 8 million) of its own funds in the development of new products and the enhancement of existing ones. RENK therefore advanced its long-term strategy of gearing its development work towards customers’ calls for technologically advanced concepts and integrated service packages.

RENK invested a total of € 25 million in intangible assets and property, plant and equipment in fiscal year 2016 (previous year: € 41 million). As expected, the volume declined again in 2016 after the high investment spending of the preceding years. Distribution
The Executive Board and the Supervisory Board propose to the Annual General Meeting the distribution of a dividend for fiscal year 2016 of € 2.20 per share, as in the previous year. Measured against the closing price of the shares of € 101.15 as of December 31, 2016, this corresponds to a dividend yield of 2.2% (previous year: 2.1%). RENK’s employees also benefited from the strong result for the year with a special bonus.

RENK is forecasting a slight decline in order intake compared to the previous year in fiscal year 2017. Consolidated sales revenue should match the previous year’s level in 2017. There will be a clear reduction in operating profit owing to the continuing unfavorable developments on key sales markets and the consistently tense competitive situation. Accordingly, the operating profit will decline but remain in double digits.