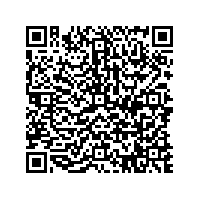 Adjusted EBITA margin of 17.6 percent at a sustained high level

“Considering the volatile economic environment we are satisfied with the slight growth in sales in 2016,” said Werner Deggim, CEO of NORMA Group. “Thanks to our diversification strategy, broad geographic presence and sector-specific positioning, we were able to partially offset the losses on the US market for commercial vehicles and agricultural machinery. We will continue to rely on diversification in the future and will therefore also invest in our global production and test capacities.”

Growth in EMEA and Asia-Pacific, slight drop in America

NORMA Group continued on its growth course in the EMEA (Europe, Middle East and Africa) region in 2016 and increased its sales by 3.8 percent compared to the previous year to EUR 432.0 million (2015: EUR 416.0 million). This solid growth was mainly due to the positive development of the European automobile industry. The company also invested in innovative production technologies and test capacities last year to support its future growth: Thanks to a new multi-layer extrusion facility in France, NORMA Group meets its customers’ current as well as future technical requirements. New injection molding machines in Poland and Serbia enable local production and reduce transport costs. Modern production and assembly lines for plastic connectors and hose clamps made of metal in Germany, Sweden and the Czech Republic increase the company’s productivity. In addition, NORMA Group has expanded its test labs at its plants even further in order to be able to perform comprehensive performance tests in-house and maintain the same high quality standards.

Sales in the Americas region decreased by 3.5 percent in 2016 to EUR 381.6 million (2015: EUR 395.3 million). This was mainly due to the weak commercial vehicle and agricultural machinery business in the US, which could not be offset by the good development of the water business. Due to the increasing demand in the area of water management, NORMA Group has modernized its production facilities and commissioned, among other things, new fully automatic injection molding machines in the US. In Mexico, NORMA Group has installed additional assembly lines for urea lines to meet the growing demand for selective catalytic reduction (SCR) technologies, which is being promoted by stricter exhaust gas standards.

The Asia-Pacific region continued to develop dynamically, increasing its sales by 3.9 percent to EUR 81.3 million in 2016 compared to the previous fiscal year (2015: EUR 78.2 million). The implementation of stricter exhaust gas standards such as Euro 6 is playing an increasingly important role in this region as well. In China, NORMA Group has invested in extrusion systems for the production of urea lines, which will help customers in the motor vehicle industry meet the more stringent legal requirements.

The Management Board and Supervisory Board of NORMA Group will propose a dividend of EUR 0.95 per share for fiscal year 2016. This equates to an increase of 5.6 percent or EUR 0.05 and a total dividend payment of around EUR 30.3 million. The pay-out ratio thus amounts to 32.0 percent of the Group’s adjusted net income in 2016 of EUR 94.6 million.

The number of employees at NORMA Group increased by 358 as of December 31, 2016, to 6,664 employees worldwide, including temporary workers (December 31, 2015: 6,306 employees). The increase is mainly due to the acquisition of Autoline, which added more than 200 employees, as well as the growth-related build-up of employees in Serbia, Malaysia and Changzhou, China.

NORMA Group expects a moderate revival of the international economy in 2017. Growth of the global economy will most likely be slightly above last year’s level, driven mainly by industrialized and emerging Asian markets.

NORMA Group expects moderate organic growth in fiscal year 2017 compared to the previous year for the EMEA region. Here, the company assumes that there will be positive effects from slight general growth in the automobile industry, on the one hand, and due to new product launches as a result of the country-specific fleet regulations for passenger cars, on the other. For the Americas region, NORMA Group expects moderate growth in 2017 compared to the previous year. The market for commercial vehicles and agricultural machinery is expected to continue to decline, but less so than in 2016. In addition, NORMA Group expects solid growth in the area of water management. Overall, the Americas region is expected to grow moderately in 2017. Organic growth in the high single-digit range, driven, among other developments, by stricter emissions regulations for motor vehicles, is expected for the Asia-Pacific region.

Overall, the Management Board of NORMA Group expects Group sales to grow moderately organically by around 1 to 3 percent compared to the previous year. The Autoline and Lifial acquisitions are expected to account for additional sales of approximately EUR 45 million. The company will aim to achieve a sustained adjusted EBITA margin at the previous year’s level of more than 17 percent (2016: 17.6 percent, 2015: 17.6 percent, 2014: 17.5 percent).

NORMA Group is a global market leader in engineered joining technology. The company manufactures a wide range of innovative connecting solutions and water management technology offering more than 35,000 products to customers in 100 countries with around 6,700 employees. NORMA Group helps its customers and business partners to react to global challenges such as climate change and increasing scarcity of resources. NORMA Group joining products can be found in vehicles and trains, ships and aircraft, buildings and water management as well as in applications for the pharmaceutical and biotechnology industry. The company generated sales of around EUR 895 million in 2016. NORMA Group operates a global network of 28 production facilities as well as numerous sales and distribution sites across Europe, the Americas, and Asia-Pacific. NORMA Group has its headquarters in Maintal, Germany. NORMA Group SE is listed on the German stock exchange (Prime Standard) and included in the MDAX index.