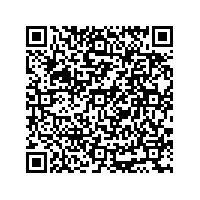 Subscribe to news
(PresseBox) ( Frankfurt/Main, 15-08-24 )
NORMA Germany GmbH (“NORMA Germany"), a subsidiary of NORMA Group, was honoured by Ökoprofit Frankfurt for coming up with the "Best Measure" in this year's round of selections with its new energy-saving approach to manufacturing joining technology products. Ökoprofit Frankfurt is a cooperative project of the City of Frankfurt and the business community in the Rhine-Main region that is aimed at supporting companies in the area of environmental management and cutting their energy consumption by half by the year 2050. With its concept on saving energy, NORMA Germany is demonstrating its responsibility for the environment and resources and, at the same time, its ability to innovate.

“We are proud to be recognized by Ökoprofit for our energy concept,” said Gerhard Wulz, managing director of NORMA Germany. “It is often the simple ideas at first glance which then have amazing effects. This new approach to saving energy represents our company’s next step in staying competitive and, at the same time, in taking responsibility for nature and the environment.”

By optimizing the energy consumption during production of TORRO, NORMA Germany combines conserving natural resources with lowering operating costs. The NORMACLAMP TORRO is a multigrade hose clamp for applications with high mechanical stress. The concept that the company has been using for three months consists of shutting off the compressed air supply when a machine stands still. This saves NORMA Germany approx. 200.000 m3 of compressed air, 25,000 kWh of electricity, 14,000 kg of CO2 and around EUR 5,000 each month.

NORMA Germany hosted the Ökoprofit workshop on 22 July 2015. Eight other companies from Frankfurt and the surrounding region besides NORMA Germany took part in this year's presentation and selection round. In total, 65 companies and organizations from Frankfurt participated in Ökoprofit Frankfurt between 2007 and 2014. The outcome of this initiative: CO2 emissions were reduced by 39,855 tons, 11.4 million kilowatt hours less electricity were consumed and more than EUR 3.95 million were saved. Ökoprofit Frankfurt is an important pillar of Frankfurt’s climate change policies and contributes to achieving the objectives of the Frankfurt "Master Plan 100% Climate Protection".

Ökoprofit Frankfurt is a cooperative project of the City of Frankfurt and the business community in the Rhine-Main region. It seeks to make it easier for companies to get involved in environmental management. Ökoprofit helps companies to reduce their operating costs while protecting natural resources. The overall objective is to cut energy consumption in half by the year 2050 and meet the remaining demand with renewable energies. Ökoprofit advises in the areas of energy and water management, waste management and sustainable procurement.

NORMA Group is an international market and technology leader in engineered joining technology. The company manufactures a wide range of innovative joining technology solutions in three product categories (clamp, connect and fluid) and offers more than 35,000 high-quality products and solutions to more than 10,000 customers in 100 countries. NORMA Group joining products can be found in vehicles and trains, ships and aircraft, buildings and water management as well as in applications for the pharmaceutical and biotechnology industry. The company generated sales of around EUR 695 million in 2014. With around 6,000 employees, NORMA Group operates a global network of 22 production facilities as well as numerous sales and distribution sites across Europe, the Americas, and Asia-Pacific. NORMA Group has its headquarters in Maintal, Germany. NORMA Group SE is listed on the German stock exchange (Prime Standard) and included in the MDAX index.