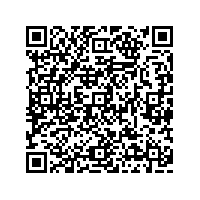 QIAGEN and Abbott Enter Into Agreement on Molecular Tests for HIV, HCV and HPV

(PresseBox) ( Germantown, MD, and Des Plaines, IL, 10-10-13 )
QIAGEN (NASDAQ: QGEN; Frankfurt Prime Standard: QIA) and Abbott (ABT: NYSE) today announced that they have entered into an agreement that significantly strengthens both companies' testing menus for automated in-vitro diagnostic applications in the United States and Canada. Financial terms were not disclosed.

Under the terms of the agreements, QIAGEN will receive kits for a PCR-based molecular assay for HIV-1 viral load testing in the U.S. and Canada which will be commercialized under QIAGEN's brand. This test will enable healthcare professionals to measure the viral load of HIV infections in patients. It is expected that the new HIV-1 test will be available by 2012, thereby adding to QIAGEN's pipeline of U.S. regulatory submissions which is expected to also include a quantitative HBV (Hepatitis B) test. In addition, Abbott will provide a quantitative HCV (Hepatitis C) test which will be optimized and labeled for use on QIAGEN's QIAsymphony RGQ instrument and marketed under the Abbott brand in the U.S. and Canada. Subject to regulatory approval, this test may be available by the end of 2012.

QIAGEN will supply Abbott with certain key products required for a PCR-based HPV (human papillomavirus) test in the U.S. and Canada. This test will run on Abbott's m2000 lab automation system which features throughput up to 96 samples per run. QIAGEN itself will continue to address the HPV screening market with its prevention platform QIAensemble which is designed to process up to 2,000 samples per shift. Technologies which are the basis of QIAGEN's current and next-generation HPV screening assays are not subject to the transaction.

Tests for HIV and HCV are currently among the most widely used commercial applications in molecular diagnostics, with U.S. markets estimated to be in the range of US$ 180 and 140 million in annual sales, respectively. Laboratories with molecular diagnostic capabilities usually include these frequently performed assays in their testing menus. QIAGEN and Abbott believe that these agreements significantly strengthen the value of their respective automation platforms and will reinforce their leadership in infectious disease testing. QIAGEN's QIAsymphony RGQ system was launched last month with a broad portfolio of assays, including HIV, HBV and HCV tests, and is registered for clinical use in European markets.

"The agreement is a good strategic fit," said QIAGEN's CEO Peer Schatz. "It has the potential to significantly accelerate our dissemination strategy for the QIAsymphony RGQ by expanding our molecular diagnostic menu offering in the United States with important testing options. It also allows us to commercialize previously unused intellectual property around a PCR design for HPV assays by converting it into revenue and by targeting it into a clearly defined sub-segment of the market. And, finally, it enables both parties to address the different market segments for HPV and thereby promises to further drive market adoption of this important testing method in North America."

"We're pleased to provide QIAGEN access to our leading technology, and believe the addition of a PCR-based HPV test to our m2000 menu will benefit many more women who may be infected with the virus and at risk of developing cervical cancer," said Stafford O'Kelly, head of Abbott's molecular diagnostics business.

QIAGEN's portfolio already includes a broad menu of assays including FDA approved assays for HPV (digene HPV) and chlamydia as well as CE-labeled tests for the detection of HIV, HCV, hepatitis B virus (HBV), cytomegalovirus (CMV), Epstein-Barr virus (EBV), herpes-simplex virus (HSV), Influenza, multiple bacteria and respiratory viruses, personalized healthcare assays such as KRAS, EGFR, as well as many other target diseases. In addition, QIAGEN has a broad pipeline of additional and novel assays for its QIAsymphony and QIAensemble platforms for launch in the U.S., Europe and in many other countries in 2011 through 2013.

Abbott offers a broad menu of tests on its m2000 system outside the United States including tests for HIV viral load, hepatitis B and C viral load, hepatitis C genotyping, chlamydia, gonorrhea, human papillomavirus, cytomegalovirus, Epstein-Barr virus, and methylated septin 9 (mS9) for colorectal cancer. Tests approved in the United States include those for HIV, HBV, chlamydia and gonorrhea.

Abbott is a global, broad-based health care company devoted to the discovery, development, manufacture and marketing of pharmaceuticals and medical products, including nutritionals, devices and diagnostics. The company employs nearly 90,000 people and markets its products in more than 130 countries. Abbott's news releases and other information are available on the company's Web site at http://www.abbott.com/.

QIAGEN N.V., a Netherlands holding company, is the leading global provider of sample and assay technologies. Sample technologies are used to isolate and process DNA, RNA and proteins from biological samples such as blood or tissue. Assay technologies are used to make such isolated bio-molecules visible. QIAGEN has developed and markets more than 500 sample and assay products as well as automated solutions for such consumables. The company provides its products to molecular diagnostics laboratories, academic researchers, pharmaceutical and biotechnology companies, and applied testing customers for purposes such as forensics, animal or food testing and pharmaceutical process control. QIAGEN's assay technologies include one of the broadest panels of molecular diagnostic tests available worldwide. This panel includes the digene HPV Test, which is regarded as a "gold standard" in testing for high-risk types of human papillomavirus (HPV), the primary cause of cervical cancer, as well as a broad suite of solutions for infectious disease testing and companion diagnostics. QIAGEN employs more than 3,500 people in over 30 locations worldwide. Further information about QIAGEN can be found at http://www.qiagen.com/.