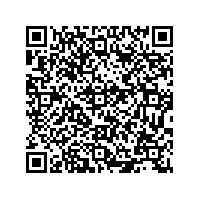 Subscribe to news
(PresseBox) ( Frankfurt, 17-06-06 )
ISC High Performance is excited to announce the appointment of Dr. Erich Strohmaier of Lawrence Berkeley National Laboratory, USA, and Prof. Yutong Lu from the National Supercomputing Center in Guangzhou, China, as ISC Fellows. ISC Fellows are individuals who have made and continue to make important contributions to the advancement of high performance computing (HPC), the community and the ISC High Performance conference series.

Dr. Strohmaier and Prof. Lu will be added to the list of ISC High Performance Fellows, which currently boasts eight fellows.

The awarding will take place on Monday June 19, during the opening session of the ISC High Performance conference. This year’s event will be held at Messe Frankfurt from June 18 - 22, and will be attended by over 3,000 HPC community members, including researchers, scientists and business people.

Erich Strohmaier is a Senior Scientist and leads the Performance and Algorithms Research Group of the Computational Research Division at the Lawrence Berkeley National Laboratory. His current research focuses on performance characterization, evaluation, modeling, and prediction for HPC systems; analysis of advanced computer architectures and parallel programming paradigms; classification of and programming patterns for scientific computational kernels; and analysis and optimization of data-intensive large scale scientific workflows. Together with Prof. Dr. Hans W. Meuer he devised and founded the TOP500 project in 1993.

Strohmaier was awarded the 2008 ACM Gordon Bell Prize for parallel processing research in the special category for algorithmic innovation. He received a Diploma in Physics and a Dr. rer. nat. in Theoretical Physics from the Ruprecht-Karls-University of Heidelberg, Germany.

“After finishing with university, I started my professional career in HPC by attending ISC – then called the Mannheimer Supercomputer Seminar – on the first day of my new job,” recalled Strohmaier. “ISC has remained the annual highlight of my professional life ever since. The event has come a long way from its early days, and is now rightfully considered one of the top conferences and exhibitions in the larger field of HPC. I am very happy and feel extremely honored to be named an ISC Fellow and hope that I will be able to contribute to it in the future.”

Yutong Lu is the Director of National Supercomputing Center in Guangzhou, China. She is also the professor in the School of Computer Science at Sun Yat-sen University, as well as at the National University of Defense Technology (NUDT). Her extensive research and development work has spanned several generations of domestic supercomputers in China, which includes her role as the deputy chief designer of the Tianhe supercomputers. She is also leading a number of HPC and big data projects under the support of the Chinese Ministry of Science and Technology, the National Natural Science Foundation of China, and Guangdong Province.

Lu had a first class award and outstanding award for Chinese national science and technology progress in 2009 and 2014. Her continuing research interests include parallel operating systems, high-speed communication, large-scale file system and data management, and advanced programming environments and applications.

“It is a great honor to be appointed as an ISC Fellow,” said Lu. “The conference series has helped expand our international exchanges. ISC is a family that connects HPC communities from east to west, and from academia to industry. I have met many interesting, talented and creative people as a result of my participation in the event.”

In the future, I want to continue to work with my colleagues to help eliminate the gap between HPC systems and applications, and lessen regional imbalances of HPC technology. I believe that the world should share research achievements in HPC, allowing science, engineering and society to take advantages the latest developments. I hope to contribute to this effort.”

First held in 1986, ISC High Performance is the world's oldest and Europe's most important conference and networking event for the HPC community. It offers a strong five-day technical program focusing on HPC technological development and its application in scientific fields, as well as its adoption in commercial environments.