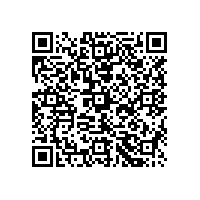 On a product line basis, consolidated net revenues for the third quarter of 2010 were comprised of:

On a product line basis, consolidated net revenues for the third quarter of 2009 were comprised of:

"Q3 represented a hallmark quarter for Polycom across the business, validating the speed and precision with which we have executed our go-to-market strategy and underscoring our unique role as the UC ecosystem partner of choice," said Andrew Miller, Polycom president and CEO. "Importantly, we generated sharp growth in network systems revenues, driven by the launch of the Polycom UC Intelligent Core, leveraging our best-in-class infrastructure technology and our highly-effective sales engine. These customer wins at the core not only contributed to Polycom's record revenues but, more importantly, bodes well for the proliferation of our collaboration solution into our growing customer base. We also achieved significant gains with the Polycom Open Collaboration Network, which was punctuated by our new strategic relationship with Microsoft where we are jointly developing and marketing a unified communications solution that leverages the demand for the next-generation Microsoft Lync UC server."

"Looking to Q4 and 2011, we believe Polycom is in a unique position to capture the emerging network effect of UC adoption by enterprise, public sector, service providers, SMB, and, ultimately, the connected home. In order to most effectively deliver on this mounting demand, we recruited a slate of world-class executives from industry leading companies to execute on the strategy that we set forth one year ago today. Through our unparalleled innovations, strategic partnerships, and customer-centric go-to-market capabilities, we have been taking share and, more importantly, leading this industry to unprecedented levels of customer adoption. The strategic investment plan is working, our margins are expanding, and we are now staged to take this business to the next level," concluded Miller.

This release contains forward-looking statements within the meaning of the "safe harbor" provisions of the Private Securities Litigation Reform Act of 1995 regarding future events, future demand for our products, and the future performance of the Company, including statements regarding the future proliferation of our collaboration solution into a growing customer base and Polycom as being uniquely positioned to capture the emerging network effect of UC adoption and as leading the industry to unprecedented levels of customer adoption. These forward-looking statements are subject to risks and uncertainties that may cause actual results to differ materially, including the fact that the Company's continuing strategic investment plan may not yield the intended results or may take longer than originally anticipated to achieve such results, the impact of competition on our product sales and for our customers and partners, the impact of increased competition due to consolidation in our industry or competition from companies that are larger or that have greater resources than we do, potential fluctuations in results and future growth rates, risks associated with general economic conditions and external market factors, the market acceptance of Polycom's products and changing market demands, including demands for differing technologies or product and services offerings, possible delays in the development, availability and shipment of new products, increasing costs and differing uses of capital, changes in key personnel that may cause disruption to the business, any disruptive impact to the Company that may result from the new executive hires, the impact of restructuring actions, and the impact of global conflicts such as those in the Middle East that may adversely impact our business. Many of these risks and uncertainties are discussed in the Company's Quarterly Report on Form 10-Q for the quarter ended June 30, 2010, and in other reports filed by Polycom with the SEC. Polycom disclaims any intent or obligations to update these forward-looking statements.

To supplement our consolidated financial statements presented on a GAAP basis, Polycom uses non-GAAP measures of operating results, net income and income per share, which are adjusted to exclude certain costs, expenses, gains and losses we believe appropriate to enhance an overall understanding of our past financial performance and also our prospects for the future. These adjustments to our current period GAAP results are made with the intent of providing both management and investors a more complete understanding of Polycom's underlying operational results and trends and our marketplace performance. For example, the non-GAAP results are an indication of our baseline performance before gains, losses or other charges that are considered by management to be outside of our core operating results. In addition, these adjusted non-GAAP results are among the primary indicators management uses as a basis for our planning and forecasting of future periods. The presentation of this additional information is not meant to be considered in isolation or as a substitute for net income or diluted net income per share prepared in accordance with generally accepted accounting principles in the United States.