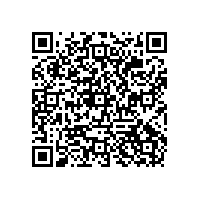 PNE WIND has a good start to the 2017 fiscal year

Markus Lesser, Chief Executive Officer of the PNE WIND Group, comments: "The success in the tender process is proof of the high quality of our projects and demonstrates that we, as a globally operating enterprise, can benefit from experience gained with this system in other countries. PNE WIND had a positive start to 2017, which we see as a year of transition. We will undertake significant investments in the upcoming months to lay the cornerstone for long-term positive development."

Results of the first quarter 2017 and outlook

Markus Lesser: "In addition to the planned investments in the expansion of our business model, we are currently working intensively on reducing the project costs. First discussions, inter alia, with manufacturers of wind power turbines have been very promising. We are expecting progress in this respect and think that our group of companies is, as a whole, in a good position. Against this backdrop, we confirm our Group EBIT guidance for 2017 in the range of between euro 0 and 15 million.”

Meanwhile, the management has specified the further growth strategy in more detail. For example, the management plans to build up a European wind farm portfolio with a nominal capacity of more than 200 MW by 2019/2020. The relevant projects are situated primarily in Germany and France. In this way, the Company will be able to benefit from regular income from electricity generated by the wind farms under operation. The advantage: PNE WIND secures a stable basis of income in addition to the high-margin project development business. The next goal is to consolidate the earnings.

Apart from an intensified internal operation of wind farms, PNE WIND intends to expand its range of services. With a high level of liquidity of euro 146.8 million at the end of the first quarter, the management has sufficient funds to finance these measures.