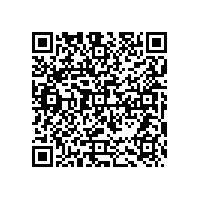 PIRONET NDH improves, but below plan

Subscribe to news
(PresseBox) ( Cologne, 10-11-12 )
In the first year after the sharpest business decline in the history of Germany, the domestic economy has recovered above expectations. Compared to the large Western European countries, the USA, and Japan, Germany has taken the leading role and currently appears in an extremely robust condition. After multiple upward adjustments in their forecasts, economic experts now assume a growth rate in the German gross domestic product of significantly above 3%.

Exports have grown vigorously in 2010. Especially export-oriented industries profit from the increased demand from the emerging economies. Development trends for capital expenditures are also clearly on the rise, and in the private consumption sector the tendency is likewise slightly positive.

Significantly more modest in comparison to the overall economy is the recovery in the market for software and IT services relevant for PIRONET NDH. After a minus of 4.4% in 2009, the National Association Information Economy, Telecommunication and New Media (BITKOM) expects a growth of 1.7% in the current cycle.

As in previous years, PIRONET NDH also developed better than the industry average during the reporting period. The provider of innovative solutions for the creation, synchronisation and distribution of digital contents of any kind and for the optimisation of internal and external business processes including ITK outsourcing showed a growth in revenue of over 4.5% after 9 months. The plus at the half year was still at 0.3%, which made up for the growth dent from the third quarter of the previous year. In the period from July to September we posted an increase of sales revenue of nearly 14% to 15.8 million euros (previous year: 13.9 million euros).

In the course of this upwards trend, the yield key numbers have also improved, however the improvement in these values was below the targets. While the target quantities of our business sectors ITK Outsourcing and nexum were satisfactory or even surpassed, agentes was not satisfactory. Counteractive measures were already taken which increased the deficit apart from the operative loss. Moreover, the Group experienced some special effects which also had a negative impact. In the third quarter the EBIT improved from -1.2 million euros to -0.9 million euros, and the EBT from -1.4 million euros to -0.9 million euros.

Since the restructuring of agentes will also burden the fourth quarter and no progress and other uncertainties are to be expected in its ongoing business, this is a heavy burden for the final quarter. Therefore one can assume that the result will be a deficit in these months as well.

PIRONET NDH AG offers the market a unique portfolio of solutions for handling digital content and data. This includes consultancy, software, integration and outsourcing services. PIRONET NDH AG is a corporate group that brings together five companies specializing in the five different business areas ICT outsourcing, consulting and design, content management solutions as well as IT-solutions for the industries retail / CPG and financial services. PIRONET NDH AG was founded in 1995 and is based in Cologne. Since 2000, it has been listed on the German stock exchange. The Group of companies employs more than 500 people working in 20 different countries and posted sales figures of around 60 million euros in the last financial year (2009).