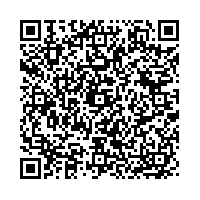 St. Joseph-Stift hospital in Dresden relies on networked solution that secures the building envelope, but also much more

St. Joseph-Stift hospital in Dresden relies on networked solution that secures the building envelope, but also much more

(PresseBox) ( Dresden, 20-04-17 )
In its efforts to provide more security against unauthorized access and improved monitoring and control, the technical services department of the St. Joseph-Stift hospital in Dresden relies on the proven technology of the BMS manufacturer PcVue and the door and window specialist GEZE. Over time the originally isolated PcVue solution becomes an all-purpose tool.

In the 2019 major hospital rating of the Frankfurter Allgemeine Zeitung (Frankfurt general newspaper, FAZ), the St. Joseph-Stift in Dresden came top six in the category “150 to under 300 beds”: The patients surveyed were not only above average satisfied with the medical and nursing care, but the hospital also received top marks for the organization of procedures and service. The hospital, which currently has 250 beds, treats around 35,000 patients a year. In order that the nursing and medical staff can concentrate fully on the patients, the hospital operator also regularly invests in the technical infrastructure. The new comprehensive control technology solution from PcVue and GEZE is an example.

In the origin the visualization and control function of an existing intercom system was used for the building’s door and lock automation. Due to further requirements, especially with regard to scheduling and standardization of the data exchange with a heterogeneous field layer, the need for a comprehensive monitoring and control solution became apparent.

This solution exists in the form of PcVue 12.0, which connects doors and locks from different manufacturers via the OPC, ICX and BACnet communication protocols. That generates a powerful abstraction layer, at instant. A particularly elegant solution is the connection of GEZE door systems via BACnet/IP, as the PcVue software includes a dedicated library with symbols and function blocks for various GEZE module types. Thanks to this simple integration, the connection can be carried out independently by the technicians on site.

PcVue enables the implementation of complex, building-specific logics, which are necessary due to the existing building topology. Sequential control and flexible networking options are of fundamental importance in such scenarios. The same applies to the special purpose emergency switch in the emergency room. In the event of structural changes, it must be possible to convert escape routes at any time. Thanks to the use of a PcVue developer license, as well as the intuitive configuration interface of the PcVue software and the intensive on-site training, it is possible for technical staff to reconfigure the system at any time.

A multitude of benefits for various user roles
Users of the system include medical and administrative staff. Using web-based thin clients on 32" flat screens at the gate and in the emergency room staff can always keep an eye on the status of the building’s lock status. At off-peak times, the medical staff in the emergency room and receptionists are authorized to acknowledge certain alarms autonomously. Torsten Klotzsche, head of the building’s technical services department, describes the requirements for the system as follows, among other things “The aim is to [...] facilitate the daily work of the operating departments”. Above all, this could be achieved by relieving certain functional areas.

His own department also benefits from the system’s versatile functionality. Thanks to the 100% Wi-Fi coverage within the building area, which has been in place since 2019, technical staff have access to the PcVue web visualization (WebVue) via notebook and tablet anywhere and at any time, which is a decisive advantage for mobile maintenance workers. An additional screen is available in the technical area, which also serves as an alarm monitor for the on-call service.

A uniform architecture and extensive networking possibilities
Torsten Klotzsche’s vision of “achieving intelligent control of neuralgic information and control points with manageable investments” is fulfilled by the solution in that the four main buildings and four annexes of the facility can be supervised with a simple yet flexible, future-proof architecture. The control system consists of a PcVue server station for up to 65,000 data points, five web clients and a development and test station. All stations are networked with each other, so that new project versions can be created, deployed and distributed at any time. This happens almost in real time, as PcVue projects do not have to be compiled before deployment. Data and control commands are currently exchanged via several different communication protocols, including BACnet, OPC, Modbus, KNX and ICX. Also integrated into the project’s web interface is the WebScheduler, the user interface for managing PcVue’s native schedules and BACnet schedule objects. By now PcVue even monitors status messages from the intercom system by using the ICX protocol.

Connecting the doors brings more transparency, comfort and safety
Locking the doors in the evening once forgotten is a thing of the past. Thus, for example, unwanted visitors remain outside, which could cause a lot of damage in such a property. Instead, the doors are now automatically locked by the system after a certain time using sophisticated scheduling. The controlled admission of persons is easily possible at any time.

Other functions that have changed as part of the integration are:
- Temporarily putting indoor doors into “permanently open” state; reducing the door cycles (movement of the door)
- Connecting the weather station; enabling the doors to be opened and closed accordingly (e.g. in strong winds) or to switch into automatic mode

The first GEZE doors are now connected to the PcVue system thanks to the simple integration. This creates more transparency, offers more comfort and above all makes the building safer. Thanks to that technology, the conversion measures were changed while the building was still in operation without affecting the regular operation of the building. It was possible for the technical team on site to create an intelligent door control system with manageable investments. In the first stage of the expansion, three door control units, three sluice systems, a revolving door and several other automatic doors were activated. This also relieves the staff, doors no longer must be locked manually, unexpected visitors have no access and the technician on site has an easier time managing the building. During the next round of door maintenance, a check is made to see which door systems can be connected to the PcVue system with little effort using BACnet. This simplifies to connect the subsystem “doors” step by step.

Further system expansion
After the planned handover of the control system to the IT department of the hospital and the associated virtualization of the system, the connection of further GEZE automatic doors, the integration of blind controls, as well as critical and non-critical power supply lighting over KNX into the system are planned for the near future. The incorporation of remote branch offices via the IOT protocol LoRa, as well as the integration of video surveillance systems in PcVue, also play a role in the considerations of the technical team. Furthermore, a new part of the building is planned, where the entrance door will also be connected via BACnet. All this is easy to implement with the versatile PcVue solution. The technicians on site therefore have now a true all-purpose tool at their disposal.

About ARC Informatique
Founded in 1981, ARC is an independent solution provider headquartered in Paris, France that manufactures and markets industrial software. Driven by innovation and technical excellence, the company designs products that integrate the latest technologies including cloud and mobility solutions.