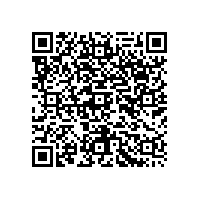 Strong revenue growth in the first half of the year

paragon AG continued its impressive year-to-date operating performance in the second quarter of 2012, with revenue advancing by a surprisingly strong 12.8% to EUR 37.6 million in the first six months of the year (prior year: EUR 33.4 million). The earnings margins achieved by the Company - a publicly traded direct supplier to the automotive industry - were exactly in line with the figures forecast by the Managing Board at the beginning of the year.

"We decided to deliberately forego some of the margins that we could have attained," said Klaus Dieter Frers, the Chairman of the Managing Board, explaining the expenses to safeguard the Company's future in the amount of EUR 1.3 million.paragon's capital expenditures included investing in new patents, the maintenance and conversion of its building in St. Georgen, various production start-ups, and the expansion of its in-house development capacity.

As in the first quarter of 2012, both the EBIT margin (13.2%) and the EBITDA margin (19.2 percent) matched their high prior-year levels. Earnings before interest and tax

The Company raised its equity-to-assets ratio further in line with forecasts in the first half of 2012. The 31.4% reported for the first six months of this year (prior year: 18.2%) means that paragon is now well above average for German companies as a whole. By the end of 2012 it could attain a figure similar to that achieved by the German corporations in the DAX stock index (36.4%). Another encouraging trend was the reduction in the Company's debt levels. Interest-bearing liabilities amounted to only EUR 13.4 million (prior year: EUR 18.2 million), while net debt declined to EUR 5.7 million (prior year: EUR 8.3 million), which resulted in a gearing ratio of 42.2% (prior year: 103.1%).

The cash flow of EUR 4.1 million generated by operating activities (prior year: EUR 4.3 million) reflected the timing of one-off items at the reporting date (e.g. the increase in development services invoiced to customers). Had it not been for these non-recurring items, paragon would have comfortably achieved a year-on-year improvement.

paragon AG's workforce at the balance sheet date of June 30, 2012 comprised 378 employees and 60 temporary staff members, all of whom worked in Germany. The year-on-year increase in headcount (June 30, 2011: 333 employees and 58 temporary staff members) was largely attributable to the revenue growth. Recruitment of highly qualified professionals and managers also enables the Company to establish new business lines that offer additional potential for revenue and earnings. The headcount at paragon's various sites as at June 30, 2012 was as follows (employees/temporary staff): Delbrück (71/1), Suhl (212/56), Nuremberg (35/3), and St. Georgen (60/0).

paragon expects its customers in particular and the automotive industry in general to continue to perform well going forward. Despite the surprisingly strong increase in revenue during the first six months of 2012, the Managing Board is sticking to its conservative forecast for the year as a whole, predicting single-digit percentage revenue growth and earnings (EBIT margin) in line with 2011 levels.

paragon AG has steadily grown to become one of the best-known suppliers to the automotive industry since its founding in 1988 in the Westphalian town of Delbrück. Listed on the stock exchange since 2000, paragon uses innovative solutions that not only improve communication but also make the driving experience healthier, more comfortable, and more efficient. Every worker at paragon is passionate about automobiles. Every day they strive to be inventive, better and unique in all they do. Their dedication goes far beyond sensors and solutions for automotive interiors, however. Increasingly, paragon has been embracing more sophisticated systems such as electric vehicles and kinematics.