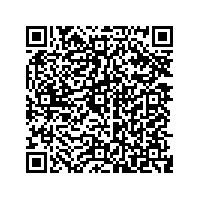 Subscribe to news
(PresseBox) ( Hamburg, 19-05-24 )
As of 01 July 2019 Thomas von Hake will join the executive management of collectAI, a company in the portfolio of Otto Group Digital Solutions (OGDS), the Otto Group’s own company builder. In the management team together with Sebastian Hoop he will hold responsibility for the Sales, Marketing and Customer Development Divisions.

Thomas von Hake joins collectAI from the Berlin-based start-up Firmen-KFZ.de, which he co-founded in 2015 and until recently lead as Co-CEO with responsibility for Marketing and Sales.

Following his Law studies in Passau, Lausanne and Göttingen, which he concluded with the Second State Examination, Thomas launched his career in 2005 as a consultant at the Boston Consulting Group working in Hamburg and Jakarta. From 2009 he headed Telekom Deutschland GmbH’s mobile telephony strategy as Vice President for almost three years. The native of Lower Saxony then moved on to join the Berlin start-up Käuferportal as Chief Operations Officer, where he oversaw the Customer Service Centre and Sales Account Management, amongst other responsibilities. Since 2018 Thomas has additionally been active as a start-up and strategy consultant, also for the Otto Group.

Sebastian Klauke, Otto Group Executive Board Member E-Commerce, comments: “Thomas von Hake brings the best of two worlds with him: experience in large companies on the one hand, and marketing and sales expertise as the founder of his own start-up on the other. We are convinced he will deliver key stimuli in driving further growth at collectAI, which includes increasing the acquisition of major corporate customers. We very much look forward to working with him.”

collectAI operates a software platform for digitalised intelligent receivables management and payment. Its objective is to raise conversion rates, reduce costs and establish customer loyalty for clients. collectAI digitalises the entire process through an intelligent combination of automation with self-learning algorithms. collectAI was established in 2016 and is an Otto Group subsidiary, Germany’s largest e-commerce retail group. collectAI current has 100 million euros in receivables under management and has a total of 50 employees at its Hamburg and Berlin offices.

Founded in Germany in 1949, today the Otto Group is a globally active retail and services group with around 52,560 employees in 30 major company groups and does business in over 30 countries in Europe, North and South America, and Asia. Its business activities are grouped into three segments: Multichannel Retail, Financial Services, and Service. In Multichannel Retail the Group's investment focus is on the Platform (OTTO), Brands (Bonprix, Crate and Barrel, Witt Group) and Retailers (About you, Mytoys Group) business areas. In Service the focus company is Hermes Europe, and in Financial Services the EOS Group. In the Start-up area the Group focuses on OGDS, Project A and Eventures. In the 2018/19 financial year (to 28 February), the Otto Group generated revenues of 13.4 billion euros. With online revenues of approximately 7.7 billion euros, the Otto Group is one of the world's largest online retailers. The Group's particular strength is its broad market presence and differentiated product and service offers to diverse customer target groups in almost all of the world's relevant economic regions. Numerous strategic partnerships and joint ventures provide the Otto Group with excellent opportunities to transfer know-how and leverage areas of synergy potential. Group companies demonstrate a high degree of corporate responsibility and willingness to collaborate with one another; at the same time this guarantees flexibility, customer proximity and optimum target-group appeal in their respective national markets.