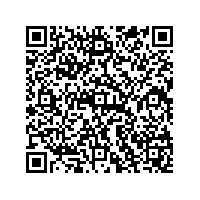 Who's next in line in the eurozone crisis? Portugal and Slovenia are the prime candidates

Subscribe to news
(PresseBox) ( London, 13-04-11 )
The troubles in Cyprus have set off a new examination of the health of the eurozone, with a particular focus on which country might be next in line for a bailout and the extent to which shareholders and depositors will take losses when banks fail (bail-ins). Much of the attention has settled on two countries. Firstly, Portugal, which has been propelled back into the headlines, with the country's constitutional court recently ruling against some of the government's EU-mandated budget cuts. Secondly, Slovenia, which is facing a massive banking crisis, in turn providing another potential testing ground for the eurozone's vaguely defined 'bail-in' plans.

In a new briefing, Open Europe provides a quick rundown of the key points to watch in each country ahead of tomorrow's meeting of eurozone finance ministers.

Both Portugal and Slovenia could need external assistance of some sort.

- Domestic demand, government spending and investment are contracting sharply, leaving the country heavily reliant on uncertain export growth to drive the economy.
- By cutting wages and costs at home (internal devaluation), Portugal has in recent years improved its level of competitiveness in the eurozone relative to Germany. However, this trend actually started to reverse sharply in 2012, meaning that the divergence between countries such as Portugal and Germany has begun growing again - exactly the sort of imbalance the eurozone is seeking to close.
- In its austerity efforts, Portugal is now coming up against serious political and constitutional limits. For the second time, the country's constitutional court has ruled against public sector wage cuts - a key plank in the country's EU-mandated austerity plan - while the previous political consensus in the parliament for austerity has evaporated.
- In combination, it will be increasingly difficult for Portugal to sell austerity at home and consequently to negotiate its bailout terms with creditor countries abroad.
- Portugal may well need some further financial assistance before long. It is unlikely to take the form of a full second bailout, but could involve use of the ECB's OMT bond-buying programme, assuming Portugal can return to the markets fully beforehand (even briefly).

- Slovenia is not Cyprus - in fact it is much more like Spain. Its banks are significantly undercapitalised with toxic loans now standing at 18% of GDP. Banks only have provisions to cover less than half the potential losses resulting from these loans.
- At the same time, a heavily indebted private sector is now desperately trying to get debt off its books, which alongside continued austerity and lack of investment, have caused growth to plummet.
- Though a full bailout is unlikely, the country could soon need an EU rescue package worth between €1 billion and €4 billion (between 3% and 11% of GDP) to help restructure the country's bust and mismanaged banks.
- Such a plan is likely to include losses for shareholder (bail-ins) but, unlike in Cyprus, it may not hit large (uninsured) depositors and there will be no attempt whatsoever at taxing smaller (insured) depositors.

Recommend Who's next in line in the eurozone crisis? Portugal and Slovenia are the prime candidates press release