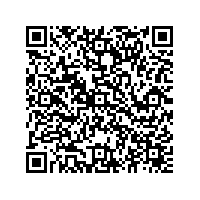 Subscribe to news
(PresseBox) ( London, 10-10-19 )
The European Commission has today announced proposals for an EU tax and a review of the UK's rebate from the EU budget. The proposals form part of the Commission's recommendations for the next EU budget post-2013.

The Commission has said that an EU tax could come in the form of a share of a financial transaction or financial activities tax, the auctioning of EU green house gas emission allowances, an EU charge related to air transport, a separate EU VAT rate, a share of an EU energy tax or of an EU corporate income tax.[1]

The Commission has also proposed issuing EU bonds to fund large-scale projects. This would allow the EU to borrow against the EU budget, which is guaranteed by national governments.

"The Commission's proposal for an EU tax is wide of the mark. It would be completely unacceptable for governments to hand the unelected European Commission the powers to raise taxes from citizens. The EU budget is in urgent need of reform and remains hugely wasteful, but this won't be solved by giving the EU new powers to demand more money."

"The UK government needs to think strategically about how it can capitalise on the current austerity drives sweeping across Europe in order to achieve substantive reform of the EU budget post-2013. If the UK's only priority is to defend the rebate, it may miss the bigger picture, which is to ensure that the UK's overall contributions decrease and EU funds offer radically better value for taxpayers' money."

"The Coalition government must insist on real cuts to the entire budget, including seeking the repatriation of regional spending for the EU's richer member states, a move which could save billions alone."

Why an EU tax is the wrong idea

- The prospect of an EU tax raises huge political issues and would be completely unacceptable to the majority of European governments. Most of the proposals for an EU tax outlined by the Commission, such as financial activities taxes, would put a disproportionate burden on the UK.

- Giving the EU direct powers of taxation over European citizens would break the link between taxation and political representation, one of the cornerstones of democracy.

- Member states should have full control over the money they send to Brussels.

- There is a real risk of fuelling discontent in several European countries if the EU insists on increasing the fiscal burden on taxpayers at a time when they are already facing tough austerity measures.

UK rebate and contribution to the EU budget

- In September 2010, EU Budget Commissioner Janusz Lewandowski said, "The British rebate has lost its original justification,"[2] signalling the Commission's intent to see a reduction in the UK rebate.

- In 2005, Tony Blair agreed to give away a portion of the UK rebate in return for reform of the Common Agricultural Policy, which never materialised. The effects of that decision are only now being felt as the cut to the rebate is being fully phased in. As a result, the UK's net contribution to the EU is expected to rise from £6.4bn in 2009-10 to £10.3bn in 2014-15[4].

The EU budget is out of date and hugely wasteful

- The EU budget remains hugely wasteful. Over 40% (€60bn) of spending remains focussed on agriculture and supporting European famers with price distorting subsidies[6], which has little economic benefit for the UK and simply raises costs for consumers and harms farmers in the developing world.

- Another 45% (€64bn) is spent on 'sustainable growth', aimed at creating jobs and boosting Europe's competitiveness. €49bn of this is money meant to help poorer regions catch up with richer ones. However, there is no conclusive evidence that the funds have had an overall positive economic impact on the old EU member states in particular, although it has arguably helped individual countries such as Ireland. In fact, as the OECD has argued, the rate of "convergence" between poorer and richer regions in the EU is very slow - at the current rate of convergence it would take 170 years to halve divergence across the regions in the EU.

- Much of the money is simply circulated around the EU's richest countries, with London sending money to Paris and Berlin and vice versa. This hugely bureaucratic process means that money is more often than not spent ineffectively and huge amounts are wasted on administration costs. In 2008, 47% of these funds were spent in the richer countries (those with GDP 90% or higher than the EU average).