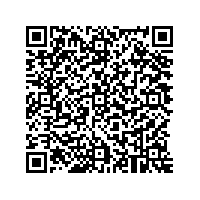 New Open Europe Flash Analysis: Cyprus kept in the euro, but at what cost?

Subscribe to news
(PresseBox) ( London, 13-03-25 )
The most positive aspect of last night's deal was that a deal was reached at all, and that some steps have been taken to counter moral hazard. However, overall, this is a bad deal for Cyprus and the Cypriot population. Cypriot GDP is likely to collapse in the wake of the deal with the possible capital controls hampering the functioning of the economy. The large loan from the eurozone will push debt up to unsustainable levels while the austerity accompanying it (along with the bank restructuring plan) will increase unemployment and cause social tension. There is a strong chance Cyprus could become a zombie economy - reliant on eurozone and central bank funding, with little hope of economic growth. Meanwhile, the country will remain at the edge of the single currency as tensions increase between members with Germany, the ECB and the IMF now looking intent on a more radical approach to the crisis.

The eurozone took this one down to the wire. But late last night, after a week of intense back and forth negotiations, a deal was reached on the Cypriot bailout. Below we lay out the key points of the deal (the ones that are known, there are plenty of grey areas remaining) and our key reactions to the deal.

Key points of the deal:

- Laiki bank will be fully resolved - it will be split into a good bank and bad bank. The good bank will merge with the Bank of Cyprus (which will also take on Laiki's circa €8bn Emergency Liquidity Assistance - a last-resort funding system outside the usual ECB operations). The bad bank will be wound down over time with all uninsured depositors (over €100,000) taking significant losses (no percentage yet but some could lose all their money above the threshold).
- The Bank of Cyprus will be recapitalised using a debt to equity swap and the transfer of assets from Laiki. Uninsured depositors will take large hits in this process - again no percentage but reports suggest up to 40%.
- These actions will be taken using the new bank restructuring plan passed in the Cypriot Parliament on Friday. Crucially, no further vote will be needed in the Cypriot parliament since there is no direct deposit levy.
- The banks will not receive any of the €10bn bailout money, the entire recapitalisation will be done using the tools outlined above.
- Not clear when the banks will reopen but significant capital controls are likely to be in place, creating a risk of Cypriot euros being "localised".
- Further tax increases may be included in the detailed plan to be drawn up between the two sides.

What does this deal mean for Europe?

1. Europe once again sidestepped democratic procedure to secure a deal: By removing the deposit levy and forcing losses on depositors through the bank restructuring the eurozone was able to dodge a tricky second vote in the Cypriot Parliament. Although the bank restructuring proposals were approved in the Parliament on Friday, it is not clear that all Cypriot MPs were fully aware of how far the restructuring tools could be pushed. However, it's likely that the final deal that will actually activate the bailout loan - the Memorandum of Understanding - will need approval of the Cypriot Parliament, so there may be another vote yet to come. Parliamentary approval is not guaranteed but voting it down would again be close to a vote to leave the euro.

2. A change in tack from Germany and the ECB: Germany has made it clear that it is no longer willing to foot the bill for extensive bailouts without the recipient country taking a share of the burden and making some radical changes. The ECB, by setting an ultimatum, has signalled that it is willing to use the significant leverage and control which it has to force what it sees as the desirable outcome, meaning it is becoming an increasingly political actor (which its mandate does not allow). In combination with the sense of unfairness that has been built on all sides, this could serve to entrench the North-South standoff in the Eurozone, making future talks trickier.

3. Will the Troika break up? Reports overnight and throughout the week have shown that this relationship has become increasingly strained, particularly between the IMF and the European Commission. Some strains were visible also over the Greek debt sustainability analysis, but looks to be far worse this time around. With Germany and the northern countries insistent on the IMF's continued involvement there could be further conflict. Any future bailout deals will likely remain strained because of this.

What does this deal mean for Cyprus?

1. Despite avoiding taxing small depositors, political upheaval looks likely: Although the most controversial aspect of the original plan was dropped there will likely be some political fallout. Ultimately, the government in Cyprus has been shown up by the crisis, with both the Finance Minister and President reportedly threatening to resign at various stages. Furthermore, the bank restructuring will likely cause significant unemployment.

2. The standard of living and the wider economy could collapse: Cyprus' position as a financial centre could be over. There are few other alternatives for growth. One option that remains is tourism, but with a significantly overvalued currency it is not clear to what extent Cyprus can take advantage of this. The capital controls will severely hamper liquidity in the economy, while it will be very difficult for the small island to trade with the rest of the world (it is far from self-sufficient). The collapse in GDP could be anywhere between 5% and 10% this year, depending on how long capital controls are imposed, while the resulting collapse in tax revenue could make the government's position worse. There is a strong chance Cyprus could become a zombie economy - reliant on eurozone and ECB funding to function, possibly requiring further bailouts.

3. The capital controls will keep Cyprus teetering at the edge of the euro: As we noted over the weekend, these controls are severe and could de facto lead to Cyprus being seen as out of the euro. Ultimately, money is no longer fungible between Cyprus and the rest of the Eurozone and, at this point in time, it's hard to argue that a euro in Cyprus is worth the same as a euro elsewhere. The real problem though may not be imposing the controls but removing them - Iceland still has capital controls in place, five years after it installed them (despite having the advantage of a devalued currency).

What is the geopolitical fallout of this deal?

There is yet to be a clear reaction from Russia but Russian depositors are likely to be hit hard by this deal. Russia's First Deputy Prime Minister Igor Shuvalov has suggested today that an extension of the €2.5bn loan given to Cyprus is not guaranteed - something which the eurozone indicated was necessary last night. Separately, Russia remains the key energy supplier for most of the EU and has already issued veiled threats around this deal - such as a withdrawal of money from the EU and a switch-away from euro currency reserves.

Overnight it became clear that the ECB and IMF were insistent that the ELA must be moved from Laiki bank to the Bank of Cyprus as part of the deal. The main reason for this must be to avoid the Cypriot Central Bank taking losses on the ELA, which would have been counterproductive as it would have to have been recapped by the Cypriot government, a cost which would need to be added to the bailout bill. This episode does highlight that the assets pledged as collateral at the ELA are basically worthless and that avoiding central bank losses will always be a key objective in any bailout negotiations. Worryingly, once the banks reopen (capital controls notwithstanding) money will likely flow out, leading to an increase in ELA and reliance on central bank funding.

Are there any positives from this deal?

- The main positive is that a deal was finally reached, the alternative would likely have been messy for the eurozone and the EU.
- There is some reduction in moral hazard, since those who invested in the large undercapitalised banks are footing the bill - as opposed to all depositors.
- Some trust in terms of the deposit guarantee below €100,000 may have been restored.
- Senior bank bondholders in Laiki and possibly Bank of Cyprus will be bailed in (taking losses) - although this may not raise much cash, it is the correct order in which to restructure the banks.
- These small points will provide little comfort as the Cypriot population endures the harsh reality of rising unemployment, fiscal consolidation, private sector stagnation and internal devaluation, all while under stringent capital controls.