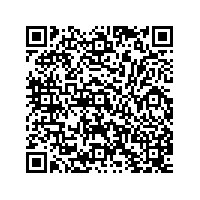 Subscribe to news
(PresseBox) ( Ismaning, 10-08-13 )
Prime Standardlisted Integralis AG, the leading international IT security solutions provider, continued on the successful course which had emerged in the first quarter, achieving a swifter 13.8 percent increase in revenues in the first six months of 2010.

In fact, the second quarter saw a return to the record level last attained in the fourth quarter of 2008. At the same time, business was up year on year in all solution segments in the first six months of 2010. At over 23 percent, growth in the consulting, integration and training segment was particularly dynamic. The more than 15 percent increase in cyclical technology sales is a trend indicator pointing to a general recovery in the IT security market.

However, a posttax profit of € 0.7 million was recorded (previous year posttax loss of € 0.4 million) due to the mandatory recognition of deferred income tax assets of € 1.0 million in accordance with IFRS.

The necessary adjustments made in the individual countries exerted pressure on earnings in the first half of the year. However, as the year unfolds, the cost benefits gained should gradually feed through to improved earnings. Accordingly, management remains confident of achieving revenue growth of around 10 percent in tandem with EBITDA of over € 5 million for 2010 as a whole.

"What is remarkable is that we were able to return to the record Q4/2008 revenues in the second quarter of 2010. However, I consider the quality of these revenues to be all the greater given the seasonality of the IT security market, in which revenues typically rise towards the end of the year," says CEO Georg Magg.

The full interim report on the first half of 2010 can be downloaded from http://www.integralis.us/Q210Results.html.

As a leading international provider of IT security solutions, Integralis offers its customers skilled consulting and bespoke solutions for protecting their critical business processes. Incorporating leading technologies, skills, experience and strategic partnerships, the Integralis product portfolio is targeted at planning, implementing and operating enterprisewide information security architectures. With its structured methodical and technical consulting and implementing services, the Integralis consulting team supports customers' IT security projects. Integralis offers its customers multilingual support in the ongoing operation of their security systems all around the world on a 7/24 basis. The range of services comprises a telephone hotline, remote monitoring and administration as well as onsite support. With a global network of branches, Integralis serves a large number of bluechip companies, government authorities and many national and international enterprises. Integralis AG is listed in Deutsche Börse AG's Prime Standard. With over 500 employees, it generated revenues of EUR 173.7 million in 2009. In early October 2009, NTT Communications Corporation (NTT Com), a subsidiary of Nippon Telegraph and Telephone Corporation (NTT), indirectly acquired more than 75 percent of Integralis' capital. Further information on Integralis is available on the Internet at www.integralis.com.