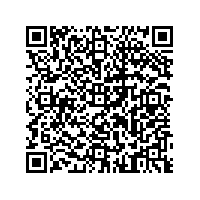 Integralis reporting a steady rise in revenues and earnings

(PresseBox) ( Ismaning, 08-11-10 )
Prime Standard-listed Integralis AG, the leading international IT security solutions provider, has again reported a steady increase in consolidated revenues and earnings as of the end of the third quarter.

Figures at a glance:

For the first nine months of the year, Integralis achieved consolidated revenues of EUR 120.9 million (previous year EUR 111.0 million), thus continuing the favourable trend emerging in the first half of the year. However, at EUR 40.4 million, the year-ago quarter's high figure (EUR 43.0 million) was not repeated, although there was a substantial improvement in the structure of revenues. This is reflected in the sharp rise in recurring consolidated revenues in the Support Services and Managed Security Services segments in the third quarter. The United Kingdom and the GAS region (Germany, Austria, Switzerland) were again the main sources of revenues and also made the greatest contribution to earnings. The signs of stabilisation already emerging in the previous quarter in US business continued to strengthen. The structural improvement in the revenues mix and the sharp rise in more lucrative services are also reflected in the gross margin, which widened to 35.2% in the third quarter (previous year 32.1%). The margin in the first nine months came to 33.5% (previous year 34.9%).

"IT security business is relatively resistant to cyclical effects despite the global financial crisis. Indeed, the IT services market is proving to be a growth driver in the financial crisis as it gives enterprises a means of cutting costs quickly," explains Georg Magg, Integralis' CEO.

On the other hand, the current economic conditions are for the most part tending to take their toll on technology sales with their traditionally narrow margins and proportionately smaller contribution to gross profit. Historically, the fourth quarter has always been the strongest in terms of both revenues and earnings. Indeed, it contributed 60% of the Company's full-year EBIT last year. Even in normal market conditions, it is difficult to make any precise forecast for the final quarter. With an increase of almost 40% in EBIT up until the end of September, the Company's previous forecast of a full-year 50% rise for 2008 is still possible. However, given the external factors, we consider it more prudent to take a more cautious approach and are therefore now looking for EBIT growth in a range of between 30 and 50%. That said, we still consider our original target of 10% revenue growth to be realistic notwithstanding the current market environment.

As we expect a further improvement in the revenue mix in 2009 and beyond accompanied by a gradual increase in recurring income with its wider margins, we reaffirm our medium-term EBIT margin of 6-8%.

As a leading international IT security solutions provider, Integralis offers its customers expert consulting and tailored services to protect their critical business processes. The Integralis product portfolio is based on leading-edge technologies and strategic partnerships oriented to planning, implementing and operating overarching information security architectures. Backed by top-quality skills and experience, the Integralis consulting team supports customers' IT security projects by offering structured methodical and technical consulting and implementation services. Integralis services provide 7/24 multilingual support for the day-to-day operation of customers' security systems around the world. Services comprise the telephone hotline, remote monitoring and administration as well as on-site support. Under the Integralis name, a global network of branches serves a large number of blue-chip companies and public authorities as well as many national and international businesses. Integralis AG is listed in Deutsche Börse AG's Prime Standard (ticker symbol AAGN, ISIN DE0005155030). Further information on Integralis is available on the Internet at www.integralis.com.