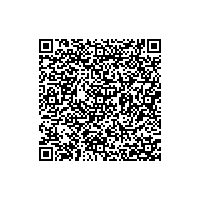 
Completion of a capital increase subscribed for by certain of the Company’s shareholders and the YA II PN Ltd investment fund (the "Investor"). The Company has today agreed to issue 64,512 new shares, each with a par value of €, at a unit price of €5.50 (representing a discount of 29.2% on the closing price of April 28, 2017 including the share premium, raising a total of € million and accounting for approximately 3.15% of the Company’s share capital (the "Private Placement"). Following this capital increase the number of shares outstanding stands at 2,115,609. 53,761 share warrants, with an exercise price of €8.60 were issued to the investors who subscribed for the new shares. The share warrants will have the same characteristics (other than exercise price) as the BSA share warrants attached to the ODIRNANE bonds (see below). YA II PN’s objective in subscribing €50 thousand for these shares1 as part of the capital increase is to increase the free float and liquidity of the Company’s shares.
An agreement with the Investor on the arrangement of financing through the issue of ODIRNANE bonds (undated bonds convertible into new shares and/or exchangeable for existing shares, the "Notes") with BSA (share warrants, the "Warrants") attached in a maximum nominal amount of up to €0 million, divided into several tranches. Should all the tranches be taken up and should all the BSA share warrants be exercised, up to €0 million in additional capital could be raised, €0 million of which from the redemption of the ODIRNANE bonds in new Company shares and €0 million from the exercise of the share warrants attached to the ODIRNANE bonds. The issue of the ODIRNANE bonds with BSA warrants attached is contingent upon the transfer of the Company’s shares to Alternext Paris’ public offering compartment.
The conclusion of an agreement with NOXXON’s creditor Kreos Capital ("Kreos") on modalities of conversion of its debt into shares (see below).


As part of this financing of the Company through Notes and Warrants, certain shareholders2 in NOXXON have signed a lock-up agreement covering all their shares until December 31, 2017.

«This financing is an important event for NOXXON Pharma as it allows the company to conduct the NOX-A12 clinical trial in collaboration with Merck & Co. Inc./MSD in patients with metastatic colorectal and pancreatic cancer who generally do not respond to checkpoint inhibitors alone, and should allow the company to reach top line response data» commented Aram Mangasarian, CEO of NOXXON.

These funds will be used for the clinical development of NOX-A12 in advanced solid tumors and general corporate purposes.

Legal framework of the transaction

The Company is a Dutch public limited liability company whose shares are listed on Alternext Paris, a multilateral trading facility operated by Euronext Paris S.A., with the ticker symbol ALNOX and the International Securities Identification Number (ISIN): NL0012044762. The Company has an authorized share capital of EUR 10,250,000 divided into 10,250,000 ordinary shares with a par value of EUR 1.00 each. Immediately prior to completion of the transaction, the Company’s issued share capital amounted to 2,051,097 shares with 35,000 ordinary shares held by the Company as treasury shares.

On September 22, 2016, the general meeting authorized the Company’s Board of Directors to issue up 2,006,097 new Shares (representing 100% of the issued and outstanding capital at that time) and exclude any pre-emptive rights for existing shareholders in connection with such issuance for a period of three years. The new shares in connection with the Private Placement were issued by the Board of Directors, with approval from the Supervisory Board, under this existing delegation by the general meeting. Further, the Supervisory Board has in advance consented to the issuance by the Board of Directors of such further number of Shares as needed upon the exercise of the Warrants and conversion of the Notes. The private placement of new shares and Warrants is not based on a prospectus approved by the Dutch Authority for the Financial Markets, the AFM or the French regulator, the AMF.

Characteristics, terms and conditions of the financing through the issuance of convertible notes with share subscription warrants attached

The characteristics, terms and conditions of the financing may be found in the annex to the press release.

The Company and Kreos signed an agreement that covers the conversion of Kreos’ debt ("Kreos Debt") into shares as follows:

Certain statements in this communication contain formulations or terms referring to the future or future developments, as well as negations of such formulations or terms, or similar terminology. These are described as forward-looking statements. In addition, all information in this communication regarding planned or future results of business segments, financial indicators, developments of the financial situation or other financial or statistical data contains such forward-looking statements. The company cautions prospective investors not to rely on such forward-looking statements as certain prognoses of actual future events and developments. The company is neither responsible nor liable for updating such information, which only represents the state of affairs on the day of publication.

NOXXON Pharma N.V. is a clinical-stage biopharmaceutical company whose core focus is on improving cancer treatment by targeting the tumor microenvironment. NOXXON's goal is to significantly enhance the effectiveness of cancer treatments including immuno-oncology approaches (such as immune checkpoint inhibitors) and current standards of care (such as chemotherapy and radiotherapy). NOXXON's Spiegelmer® platform has generated a proprietary pipeline of clinical-stage product candidates including its lead cancer drug candidate NOX-A12, which is the subject of a clinical immuno-oncology collaboration agreement with Merck & Co. / MSD (NYSE: MRK) to study NOX-A12 combined with KEYTRUDA® (pembrolizumab) in pancreatic and colorectal cancer. NOXXON is supported by a strong group of leading international investors, including TVM Capital, Sofinnova Partners, Edmond de Rothschild Investment Partners, DEWB, NGN and Seventure. NOXXON has its statutory seat in Amsterdam, The Netherlands and its office in Berlin, Germany. Further information can be found at: www.noxxon.com