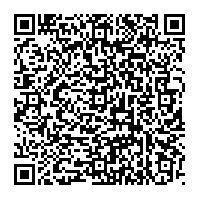 In June 2012, Quickstep opened its new facility in Bankstown, near Sydney, and has quickly proven itself as a supplier of aerospace-grade composite parts. In April, it achieved two major milestones:

"We are impressed by Quickstep's ability to reach these milestones less than a year after it opened its Bankstown facility," said Michelle Scarpella, vice president of the F-35 program for Northrop Grumman Aerospace Systems. "Northrop Grumman helped celebrate the opening of Quickstep's production facility, and now Quickstep is successfully demonstrating its ability to manufacture and deliver parts that will benefit the F-35 program. This progress is a testament to the strong industrial partnership Northrop Grumman has with Quickstep in producing the F-35 center fuselage, and with the governments of Australia and New South Wales in establishing this critical composite manufacturing capability in Australia."

The Australian government joined the F-35 program in 2002. This month, Australia reaffirmed its commitment to the F-35 program, announcing its intention to operate three squadrons of F-35s beginning in 2020. One of eight international partners on the F-35 program, Australia has made significant contributions to the design and development phases of the program. The first two F-35 center fuselages for the Royal Australian Air Force are now being manufactured on the Integrated Assembly Line at Northrop Grumman's Palmdale, Calif., facility.

As a principal member of the Lockheed Martin-led F-35 industry team, Northrop Grumman performs a significant share of the work required to develop and produce the aircraft. In addition to producing the F-35 center fuselage, Northrop Grumman designed and produces the aircraft's radar and other key avionics including electro-optical and communications, navigation and identification subsystems. Northrop Grumman also develops mission systems and mission-planning software, leads the team's development of pilot and maintenance training system courseware, and manages the team's use, support and maintenance of low-observable technologies. In 2012, the company delivered 32 center fuselages and is on track to exceed 2012 delivery quantities in 2013.