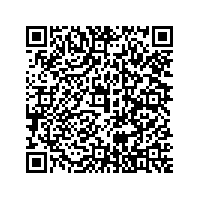 Subscribe to news
(PresseBox) ( Zürich, 12-08-22 )
.
- Revenue for the first six months of EUR 296.5 million was up 3.5% in EUR versus prior year and down 1.2% at CER - in line with the market
- EBIT margin of 14.3% slightly improved due to ongoing disciplined cost management and favorable currency impact
- Market trends have softened - the global dental implant market declined modestly in the first half of 2012 as economies remain weak
- In this environment Nobel Biocare's CER growth in the Americas (2.0%) was offset by a continued decline in EMEA (-4.0%) and a modest decline in APAC (-0.9%)
- Implant systems modestly outpaced market trends (-0.4%); Individualized revenue declined 5.0%, with precision implant-based components growth offset by declines in tooth-based components
- Net profit was EUR 27.7 million, reflecting a net margin of 9.4%; operating cash flow was EUR 34.6 million

Richard Laube, CEO: "In the first half of 2012 we made notable progress in a very challenging market environment. Given the current circumstances, I am pleased with the teams' progress and performance. Our numbers show that we are now performing in line with the market and Nobel Biocare is more competitive than it has been in years. Our progress attests to our ability to deliver on our mission and strategy. We now have the right team, the right organizational structure and the building blocks in place to serve our customers more efficiently and effectively. The recently introduced products are progressing successfully with good customer acceptance, and our commercial program has now been initiated in all our direct markets. While we continue to roll out programs and initiatives aimed at getting us in a position to outperform again, we will keep a strong grip on costs in order to deliver the expected financial results, even in a temporarily weak market."

Revenue increased by 3.5% to EUR 296.5 million for the first half year and by 4.2% to EUR 149.0 million for the quarter. At constant exchange rates (CER) revenues declined by 1.2% and 2.2%, respectively. This reflects a decelerating market dynamic in all regions. Both implant systems as well as NobelProcera saw declining momentum in the second quarter, ending with a decline of 0.4% and 5.0%, respectively, for the first half. In a slowing implant market, the NobelActive implant family continues to grow at double-digit rates in terms of volume and value, while the revenue from the other implant brands and standardized abutments remains soft. Revenue breakout for NobelProcera was unchanged: growth in high-end prosthetics was offset by the continuing decline in copings and small-unit bridges. Profit from operations (EBIT) for the first six months was EUR 42.4 million (H1 2011: EUR 41.4 million excluding exceptionals) reflecting an EBIT margin of 14.3%, or 13.3% at CER (H1 2011: 14.5% excluding exceptionals). Continued disciplined cost management and a favorable currency translation impact offset a lower gross margin. Net profit was EUR 27.7 million compared with EUR 28.8 million a year ago.

Strategy progress - Nobel Biocare's new company mission "Designing for Life" recaptures the spirit of a pioneering company and is a commitment to helping dentists treat more patients and in a better way. The execution of Nobel Biocare's refined strategy, based on this mission, is the focal point of the company's efforts and Nobel Biocare continued to make considerable progress. In the first half of 2012, Nobel Biocare steadfastly concentrated on its four strategic pillars: building and rejuvenating its products and solutions portfolio, adding value for practitioners by creating a unique customer experience and helping them to treat more patients more effectively offering the best dental professional training and education programs that help customers develop their professional skills, and improving the company's operational effectiveness. In the first half of 2012, Nobel Biocare rolled out programs and initiatives and implemented further organizational changes to drive the company's customer focus.

Products and solutions - The innovative NobelActive implant continued to grow strongly in the first half of 2012 thanks to its latest portfolio addition, the new narrow-diameter implant NobelActive 3.0. Also, the market introduction of the two recently launched implants, NobelReplace Platform Shift (PS) and NobelReplace Conical Connection (CC), is continuing on track. The effectiveness of NobelReplace CC was underscored in the first half of 2012 by a one-year follow-up study that showed excellent esthetic results and stable bone levels. NobelClinician, a diagnostics and treatment planning software application introduced in autumn 2011, now has over 4,000 customer subscriptions. Its roll-out and further training programs on its use are on running schedule. Also, Nobel Biocare introduced, in partnership with Bien-Air Dental SA, a new iPad®-operated drill motor, OsseoCareTM Pro. This is the first drill motor to be operated by an iPad® and features treatment functions such as pre-programmed drilling protocols, storage of patient files, customized sequences, storage of operation reports and secure entry for multiple users with personalized settings. The main advantage of OsseoCareTM Pro is its significant improvement in ease of use, while it also serves as a further step toward digitizing the entire treatment workflow. Market availability is expected as of autumn 2012. The innovation pipeline has been further developed and the company is systematically pursuing the pipeline projects, which cover all clinical focus areas and are slated for launch starting in 2013.

Customer value - To better serve customers, generate customer value and streamline the customer experience, Nobel Biocare has started to introduce a comprehensive commercial program in all 34 direct markets. One of the key elements of this program is a new online store, designed to offer customers an easy and efficient e-commerce purchasing experience. The store was launched in the USA in August, and the roll-out in key markets will continue in autumn 2012.

Training and education - During the first half of 2012, Nobel Biocare held a number of symposia and participated in a series of well-attended industry conferences. In total, 7,000 customers participated in and benefited from further education. The series of symposia will continue with events in Rimini (Italy) and Toronto (Canada) in the third quarter. These will be followed by the Nobel Biocare Global Symposium 2013 (New York City, 20- 22 June). This exclusive three-day event will feature over 70 of the world's most renowned experts and speakers in restorative dentistry who will present to an international audience key current and emerging industry trends as well as techniques and technologies aimed at offering the best possible dental treatment.

Organizational strength - In order to focus on his function as CEO and drive Nobel Biocare's operational progress, Richard Laube has decided to step down from the board of Logitech S.A., effective as of its annual general meeting on 5 September 2012. Meanwhile, Nobel Biocare's executive management team has been strengthened with more operational and dental expertise. Oliver Walker has joined the organization as Chief Financial Officer. He brings with him profound knowledge of the medical technology field, having held senior management positions at Sonova (innovative hearing solutions) and Stratec Medical Group. Also, as of 1 January 2013, Frank Mengis will assume the position of Head of Operations. Frank has held various senior operational management positions, most recently at Straumann.

A new segment "Americas", which reflects realigned management structures, has been reported since 1 January 2012. As previously announced, the revenue of LatAm/RoW has now been included into other regions, mainly North America. For better comparison, the following table also shows historic revenue information adjusted to the new regional segment definition.

In Europe, Middle East and Africa (EMEA), revenue (CER) in the first half declined by 4.0% to EUR 121.2 million (Q2 2012: -3.6% CER). The persistently weak market conditions in Nobel Biocare's traditional high market-share countries Sweden, Spain and Italy, coupled with soft performance in Germany and the Netherlands, drove the decline in this region. On the other hand, Russia and France, the latter of which is Nobel Biocare's largest contributor in Europe, have seen solid growth, also thanks to the symposia in the second quarter.

In the Americas, revenue (CER) in the first six months of 2012 increased by 2.0% to EUR 113.3 million (Q2 2012: 1.3%). Growth in North America was 1.8% - stable over the course of the reporting period. While the comparison base got easier, the market landscape became much more competitive due to value offers. Even though performance in Canada improved in the second quarter compared to the Q1, it remains dilutive to the North American performance. The growth in Latin America reflects measures taken recently to focus on profitable business with enhanced training and education of clinicians.

In the Asia/Pacific region, revenue (CER) in the first half was down 0.9% to EUR 62.0 million (Q2 2012: -5.6%). After signs of rebuilding momentum in the first quarter, the market in Japan slowed due to a public debate about the safety of implant treatments. This was the primary reason for a disappointing result in Japan (H1 2012: -3.8%), which accounts for 2/3 of the region. APAC excluding Japan was up 3.6% with unchanged patterns, i.e. a decline in Australia and strong growth in China and India.

Alpha-Bio Tec (ABT), which operates independently and separately in targeting customer groups with larger price sensitivity and simpler product and solutions needs, continued to grow at double-digit rates in the first six months of 2012.

Gross profit in the reporting period was EUR 223.7 million (H1 2011: EUR 219.5 million excluding exceptional costs), reflecting a gross margin of 75.4% (H1 2011: 76.6%). An unfavorable mix in implants and NobelProcera, and lower average selling prices drove this decline, which was only partially offset by a positive impact from stable implant volumes, business mix and currencies.

Operating expenses in the first six months were EUR 181.3 million (H1 2011: EUR 181.6 million or EUR 178.1 million excluding exceptional costs). While some of the planned investments for sales, innovation and IT programs accelerated during the second quarter, the unchanged number versus last year reflects a continued high degree of cost discipline - also in view of the decelerating market environment.

Profit from operations (EBIT) for the first half year was EUR 42.4 million (H1 2011: EUR 37.5 million or EUR 41.4 million excluding exceptionals), reflecting an operating margin of 14.3% (H1 2011: 13.1% or 14.5%, respectively). The EBIT margin continued to be slightly above the full-year guidance thanks to the aforementioned cautious approach to spending in all areas. However, costs are expected to increase with additional projects in Q3 and Q4.

Currencies - While the development of some currencies, mainly the US dollar and the Japanese yen, had a positive impact on the Group's revenue (470 pp) in the first half year, costs continued to be driven higher by those two currencies as well as the strong Swiss franc. Nevertheless, the currency impact on gross margin (30 pp) and EBIT margin (100 pp) remained positive for the reporting period.

The net financial result for the first half year was EUR -5.2 million (H1 2011: EUR 0.9 million). A reduction of interest expenses was more than offset by the non-recurrence of hedging gains reported in H1 2011.

Taxes - Tax expenses in the first half amounted to EUR 9.5 million versus EUR 9.6 million a year ago. Based on full-year profit expectations, this reflects a base tax rate of about 25.4% - in line with last year.

In the first half of 2012 markets developed less favorably than anticipated at the beginning of the year. For the remainder of 2012, Nobel Biocare anticipates a continuation of the challenging economic circumstances in many countries and expects the market to develop at the same pace as in the first half.