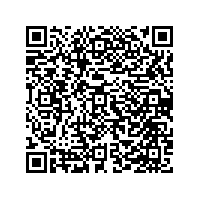 Domenico Scala, CEO: "During the last quarter, we continued with our growth-oriented investments, completed our initial launches of new prosthetic products and carried out a series of successful symposia. While these symposia had an adverse impact on our margin, they gave us the opportunity to present our broadened portfolio of solutions. The new conference format was very well received and has attracted a large number of attendees. To complement the successful introduction of our NobelProcera overdenture bars, we have also launched a new one-stage implant system that is designed to simplify treatment with these bars. This is a further example of our continued focus on innovative solutions for treatment simplification. The new NobelActive implant system continues to perform well and, in view of the recently granted marketing approval in Japan, its growth momentum is expected to accelerate. Overall, markets have now exhibited stability over the last few quarters, which we interpret as a positive sign that bodes well for the implant market and our company's ability to return to growth in 2011."

For the first nine months of 2010, revenue at constant exchange rates (CER) declined by 5.9%. Reported revenue decreased by 0.6% to EUR 423.3 million. In the third quarter, reported revenue increased by 5.1%, while at CER it declined by 4.9%. Profit from operations (EBIT) after nine months was EUR 65.3 million (2009: EUR 90.9 million). The lower EBIT and EBIT margin (15.4%) compared to the same prior-year period (21.4%, or 24.0% excluding restructuring charges) are the result of lower revenue, the rollout of NobelProcera, increased selling and marketing activities that include a new series of global and regional symposia. Net profit as reported was EUR 40.5 million compared with EUR 79.8 million a year ago.

The focus during the first nine months of 2010 was on making further progress in the implementation of Nobel Biocare's strategy to broaden its range of products and solutions:

NobelProcera is a key priority in 2010. During the first nine months of the year, the initial product additions were completed and a Preferred Partner Program with leading dental material providers Ivoclar Vivadent, VITA Zahnfabrik and Noritake was established. The current unparalleled and comprehensive product portfolio encompasses titanium crowns, bridges, 5-axis milled titanium abutments for Nobel Biocare and third-party platforms, zirconia abutments for third-party platforms, cobalt chromium crowns and bridges, as well as the Telio CAD Temporary Crown and Bridge. The company's state-of-the-art 5-axis milling process produces improved surface finish and an emergence angle of up to 90 degrees for better soft tissue support and esthetic outcome. All NobelProcera manufacturing facilities are continuously upgraded with the latest technology.

Digital dentistry is another priority in the company's strategy. In the third quarter, beta testing of NobelClinician, the next generation software for 3D diagnostics and treatment planning, was started and presented at the recent EAO meeting in Glasgow. This new software offers extensive diagnostic functionalities with a focus on making clinical tasks more efficient and predictable. NobelClinician has a built-in assistant function that keeps track of all actions performed. This assistant provides relevant task-specific information and guides the dental professional through the complete digital workflow.

Growing acceptance of the NobelActive implant system is evidenced by the steadily increasing number of users, accelerating double-digit revenue growth, and also by the growing number of related scientific and clinical publications and presentations (see Interim Reports 1 and 2). Following the introduction of the easy-to-use Snappy abutment in Q2, Nobel Biocare's already comprehensive implant portfolio was further enhanced with line extensions and a new surgical kit for NobelReplace, as well as through the launch of a new one-stage implant system, Replace Select TC, for overdenture solution treatment. Replace Select TC features a 3mm machined tissue-level collar; it enables one-stage surgical protocols that reduce treatment time. The high collar offers tissue-level seating, which gives the clinician immediate and easy access to the implant platform. The typical color-coded platform allows easy identification of compatible components.

Great interest in and excellent feedback on Nobel Biocare Symposia 2010 and the EAO - After kicking-off with its Global Symposium in New York in June, Nobel Biocare continued to pursue its newly devised conference format by holding symposia in Tokyo, London, Berlin, Zurich, Madrid, Stockholm, and Rimini, Italy during the third quarter. Overall, more than 7,000 people attended these events. The conference format, which includes assessments of patient case studies via on-stage panel discussions, master classes and hands-on sessions, was very well received by the participants, as was the Corporate Forum at the recent European Academy of Osseointegration (EAO) meeting in Glasgow, where the focus centered on addressing preferred treatment concepts for today's patient needs. At the EAO, with 2,200 dental professionals in attendance, Nobel Biocare launched its new overdenture implant Replace Select TC, line extensions to Nobel Replace and Replace Select tapered, as well as initiated the pre-launch of NobelClinician.

During the EAO congress, Nobel Biocare also welcomed the newest member of its Global University Partnership Program: West China College of Stomatology at the University of Sichuan. This university is the 26th partner in this program. The College has earned a reputation as one of the most prestigious educational institutions in dental sciences in China, and the dental clinic at the college has long been ranked as one of the nation's top treatment centers. The University of Sichuan is Nobel Biocare's sixth Partner University in China.

In Europe, Middle East and Africa (EMEA), revenue for the first nine months (CER) declined by 7.0% to EUR 180.3 million (Q3: -5.3%). While overall performance in this region continued to be negatively affected by an unfavorable country mix, the third quarter showed gradual momentum improvement that was also bolstered by the various regional symposia. As expected, development in Spain continued to be weak due to persisting domestic economic challenges. Results in Sweden have started to stabilize after the introduction of a more restrictive reimbursement approach at the beginning of this year. Further stabilization was also achieved in Germany. France, Italy and some smaller markets continued to perform favorably.

In North America, revenue (CER) for the first nine months decreased by 4.5% to EUR 144.1 million (Q3: -3.4%). The growth rate in North America remained stable in Q3, reflecting improved momentum versus the more challenging prior year comparison. This is the result of the organizational changes made during Q1 and Q2 to strengthen the company's go-to-market approach, as well as the initiated T&E collaboration with the Seattle Study Club. NobelActive continues to perform well. However, patients' access to financing remains difficult in the US and thus defers a pick-up especially with regard to larger-case treatments, which account for a relatively more significant share of the company's North American business.

In the Asia/Pacific region, revenue (CER) for the first nine months was down 0.7% to EUR 92.0 million (Q3: 0.4%). In Q3, overall growth in the region turned positive for the first time this year, led by ongoing improved performance in Japan. The global symposia in Tokyo attracted 2,500 participants and further underpinned Nobel Biocare's leading position in this region. The marketing approval for NobelActive should give an additional boost to this momentum. While performance remains weak in some distributor markets in Southeast Asia, revenues from Australia, China and India continue to demonstrate strong growth, albeit the latter two from a small absolute base.

In Latin America/Rest of the world, revenue (CER) for first nine months declined by 43.9% to EUR 6.9 million. This overall negative performance is attributable to continued streamlining of the company's operations in the region, coupled with tighter credit management and a stricter pricing policy.

Outlook - Most markets have stabilized, with certain markets returning to growth in 2010. However, the challenging economic environment is still exerting an adverse effect on patient flow and case acceptance, in particular for larger and more complex treatments.

Based on current momentum, we believe that the dental implant market is likely to record modest, low single-digit growth in 2010 and then show further improvement in 2011. Nobel Biocare continues to focus on strategy execution and making the necessary investments that will allow the company to return to at least market growth within the next six to nine months, inasmuch as we can now increasingly build on a strengthened organization and a broadened product portfolio.

Gross profit for the nine months stood at EUR 330.5 million (2009: EUR 342.5 million as reported, EUR 343.2 million before restructuring), reflecting a gross margin of 78.1% (2009: 80.5% and 80.6% respectively). The lower margin was primarily due to high ramp-up costs and a larger share of NobelProcera, while pricing remained stable during the reporting period. Gross profit margin for the Standardized business improved slightly due to efficiency gains.

Currencies - Mainly due to the weakening of the euro, currencies had a significant impact on the results for the second and third quarter of this year. Reported revenue benefited from a positive currency impact of 5.3%. This effect was also mirrored at the gross profit level. At the EBIT margin level, foreign currency translation contributed 30 basis points.

Net financial result for the nine months was EUR 19.4 million (2009: EUR 10.9 million). This year's result was positively affected by non-recurring foreign currency gains, which resulted from changes to internal financing structures as well as hedging gains.

Taxes: Tax expenses amounted to EUR 44.2 million versus EUR 22.0 million. This reflects a base tax rate of an approximated 25% and the first part of an exceptional tax charge of roughly EUR 22 million attributable to a restructuring of the Group's internal profit streams. A second charge of close to EUR 8 million can be expected in the fourth quarter of the year. From 2011 onward, a tax rate of about 20% is targeted.

Cash flow from operating activities for the reporting period totaled EUR 61.8 million (2009: EUR 106.6 million). This decrease is mainly due to lower operating profit, while taxes paid and working capital changes only had a marginal impact. Cash & cash equivalents at the end of September 2010 stood at EUR 235.6 million (September 2009: EUR 194.5 million). Net financial debt amounted to EUR 6.6 million versus EUR 44.8 million in September 2009.