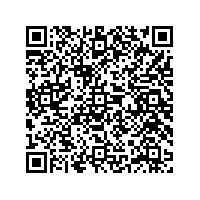 Subscribe to news
(PresseBox) ( ANDOVER, Massachusetts, 10-10-13 )
Napatech today announced that it has joined the Open Information Security Foundation's Suricata initiative as a technology partner. Napatech will directly contribute to the development of Suricata by ensuring that Napatech intelligent network adapters support applications based on Suricata.

The OISF Consortium is a non-profit foundation funded by the Department of Homeland Security with the specific purpose of developing Open Source, Next Generation Intrusion Detection and Prevention Engine.

"The addition of Napatech as a technology partner brings an extra dimension to the project with new ideas on how to develop high-performance Intrusion Detection and Prevention Systems. This fits well with the OISF's focus of bringing new ideas and technologies to the field", said Matt Jonkman, President OISF.

"Napatech has demonstrated at several events that a full throughput 10 Gbps IPS can be built using standard, off-the-shelf hardware", said Erik Norup, President, Napatech Inc. "These demonstrations were based on SNORT. By joining the Suricata initiative, we ensure that our OEM vendor customers can take advantage of the latest IPS technology advancements with as little effort and investment as possible."

nPulse Technologies, a Gold Level member of the OISF consortium, is establishing a QA Test Lab for Suricata developers and has already developed a Suricata-based Intrusion Prevention System (IPS) using Napatech's in-line network adapters. This system provides 10 Gbps throughput and will be demonstrated on Napatech's stand (#455) at the upcoming Interop event in New York from October 18th to October 21st.

For more info on this demonstration, contact Napatech at www.napatech.com.

The Open Information Security Foundation (OISF) is a non-profit foundation organized to build a next generation IDS/IPS engine. The OISF has formed a multi-national group of the leading software developers in the security industry. In addition to developers and a consortium consisting of leading cyber security companies, OISF has engaged the open source security community to identify current and future IDS/IPS needs and desires.

For more information visit us at: www.napatech.com, or please contact: