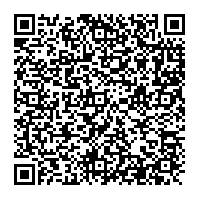 Nanogate AG, a leading global specialist for design-oriented high-tech surfaces and components, exceeded its targets in 2016. Sales rose to EUR 112.5 million, while the operating result (EBITDA) increased to EUR 12.4 million. Consolidated net income significantly improved to EUR 2.5 million. A dividend of EUR 0.11 per share is expected to be again distributed to the shareholders. The Group expects a rise in sales to over EUR 160 million in 2017, while EBITDA is likely to be over EUR 18 million.

According to Ralf Zastrau, CEO of Nanogate AG, “Nanogate developed into a leading global specialist for design-oriented high-tech surfaces and components in 2016. In terms of operations and strategy, we can look back on the most successful financial year in the company’s history. Thanks to the strong demand, we achieved new record figures in sales and earnings. At the same time, we have significantly expanded our strategic foundation with two acquisitions. The new majority stakes in plastics specialists Goletz and U.S. provider Jay Plastics will give our business a significant boost.”

Thanks to strong demand, Group sales increased by 23.8 % to EUR 112.5 million (previous year: EUR 90.9 million). The newly acquired Nanogate Goletz Systems subsidiary also contributed to this. The Group recorded particularly strong sales in its advanced metals and advanced polymers strategic growth areas. With a share of around 52 % (previous year: 47 %), foreign business remains an important sales market. The overall performance (sales, changes in inventories, own work capitalized plus other operating income) increased by some 23 % to EUR 116.9 million (previous year: EUR 94.8 million).

Despite the ongoing costs associated with implementing the Phase5 growth program, consolidated EBITDA rose 21.3 % to the record level of EUR 12.4 million (previous year: EUR 10.2 million), meaning the Group significantly exceeded its original earnings forecast. At 11.0 % (previous year: 11.2 %), the consolidated EBITDA margin remained virtually constant, although transaction and integration costs for two acquisitions negatively impacted the operating result in the low single-digit million range, as did projects and processes associated with the expansion of capacities and the technology portfolio. Without the significant one-time expenses for implementing the growth strategy, the operating margin would have been correspondingly higher.

The Group’s financial strength remains high. Despite the cost burden associated with the development of international markets, the investments in capacities and new technologies as well as transaction and integration costs for external growth, cash and cash equivalents remained virtually unchanged at EUR 22.6 million (previous year: EUR 22.7 million). The equity ratio improved slightly to 42.1 % (previous year: 41.4 %).

Nanogate intends to continue its dynamic course of growth in 2017. In doing so, the Group is likely to benefit from its strong order base, growing demand in the strategic growth areas of advanced metals and advanced polymers, as well as its new majority stake in U.S. plastics specialist Jay Plastics. On the basis of the planned projects and due to consolidation effects, sales should rise to more than EUR 160 million. Despite the transaction and integration costs, an increase in the operating result (EBITDA) to at least EUR 18 million is expected. At the same time, significant funds will continue to flow into the investment program and into the development of international markets.

“Thanks to our strong market position, we anticipate a dynamic course of business and expect a significant rise in sales and profitability. Business performance since the beginning of the year gives us cause for optimism. Nanogate will focus on extending its international market position as well as on expanding capacities and the technology portfolio in 2017. Rapid integration of the new U.S. subsidiary is also pending. Thanks in part to the successful capital increase in April 2017, we are financially well positioned to handle the upcoming tasks,” Nanogate CEO Ralf Zastrau says of the forecast.

This publication constitutes neither an offer to sell nor an invitation to buy securities. The shares in Nanogate AG (the "Shares") may not be offered or sold in the United States or to or for the account or benefit of "U.S. persons" (as such term is defined in Regulation S under the U.S. Securities Act of 1933, as amended (the "Securities Act")). No offer or sale of transferable securities is being made to the public.

True to its slogan "A world of new surfaces," Nanogate is a long-standing innovation partner who opens up the diverse possibilities offered by new materials to companies in a wide range of industries. It aims to improve customers' products and processes and to provide environmental benefits by using multifunctional surfaces, such as those made of plastic or metal, and innovative plastic components. The Group concentrates on attractive sectors such as automotive/transport, mechanical/plant engineering, buildings/interiors and sport/leisure. As a systems provider, Nanogate offers the entire value chain materials development for surface systems, series coating of various different substrates as well as the production and enhancement of complete plastic components. The main value drivers are the opening up of international markets, the development of new applications for the strategic growth areas Advanced Polymers (innovative plastics) and Advanced Metals (innovative metal enhancements) as well as external growth.