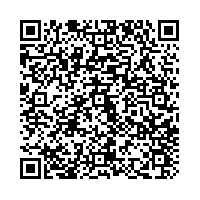 Gerhard Witzany, Member of the Board of Nabaltec AG: "Our start in the year 2015 has been made-to-order. We did not only achieve a new record high in revenues, but strong growth in EBIT as well. This figure was supported by an increase in other operating income due to positive currency exchange rate effects, but even adjusting for this effect, we were well above the comparison value. However, we will not rest on our laurels, as there continues to be significant potential in both business divisions, which we want to exploit."

Revenues in the business division "Functional Fillers" climbed from EUR 25.2 million to EUR 26.9 million, and were therefore up 6.7% from the first quarter of 2014. This growth continues to be based on the very strong performance of the fine precipitated hydroxide product segment (eco-friendly flame retardant fillers, e.g. for the cable and wire industry). The business division "Technical Ceramics" posted a 2.6% gain, to EUR 11.9 million (same quarter of last year: EUR 11.6 million).

The company has confirmed its previous forecast for the present year, which calls for revenue growth in the mid-single digits and an EBIT margin in line with last year's margin.

Johannes Heckmann, Member of the Board of Nabaltec AG: "We are presently in a stable market environment with a positive cross-sector outlook. Our quality, high delivery reliability, customized solutions and innovations will continue to separate us from the competition, allowing us to further strengthen our market position."

Note: Nabaltec AG's interim report for the first quarter of 2015 will be available for download in the Investor Relations section of www.nabaltec.de as of 26 May 2015.

Nabaltec AG, with registered office in Schwandorf, a chemicals business which has received multiple awards for innovativeness, manufactures, develops and distributes highly specialized products based on aluminum hydroxide ("ATH") and aluminum oxide, as well as other raw materials, on an industrial scale through its "Functional Fillers" and "Technical Ceramics" divisions. The company's product range includes halogen-free flame retardant fillers and eco-friendly additives for the plastics industry. Flame retardant fillers are used e.g. in cables in tunnels, airports, high-rise buildings and electronic devices, while additives replace stabilizers containing heavy metals in PVC processing. Nabaltec also produces base materials for use in technical ceramics, the refractory industry and catalysis. Unlike halogenated flame retardant fillers, the products manufactured by the company's "Functional Fillers" division contain no hazardous substances and do not require separate disposal. Rather, the company's flame retardant fillers actually decrease the development of fumes hazardous to human health and the environment in the event of fire. Nabaltec maintains production sites in Germany and the US and plans to continue to consolidate its market position by expanding capacity, further optimizing processes and quality and making strategic extensions to its product range. On the strength of its specialty products, the company strives to attain the market leadership in each segment.