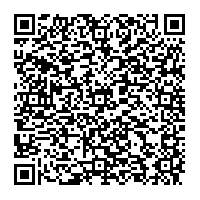 Subscribe to news
(PresseBox) ( Schwandorf, 13-04-30 )
.
- Revenues in the first quarter of 2013 amount to EUR 34.8 million according to preliminary data, up from last quarter and the first quarter of last year;
- total 2012 revenues of EUR 129.2 million and EBIT of EUR 10.0 million confirmed;
- 2013 outlook: moderate revenue growth and an EBIT margin in line with last year.

Nabaltec AG published its 2012 consolidated financial statements today, and confirmed its preliminary data for 2012. Revenues increased to EUR 129.2 million, up slightly from last year's record-high level (2011: EUR 129.0 million), although the pace of growth began to slow in the third quarter, after a strong first half of the year, as economic and market conditions became increasingly difficult. The operating result (EBIT) came to EUR 10.0 million, down from EUR 12.3 million the year before, and earnings before taxes (EBT) fell to EUR 4.1 million (2011: EUR 6.0 million). Nabaltec's consolidated result after taxes fell to EUR 2.1 million (2011: EUR 3.5 million) and earnings per share fell from EUR 0.44 to EUR 0.26 (after non-controlling interests). The decline in earnings was attributable above all to a temporary weakening in the market and the reluctance of many customers to spend because of the general economic situation.

Nabaltec's operating cash flow was up 58.1% from the year before, to EUR 21.5 million (2011: EUR 13.6 million). An increase in trade receivables was mitigated by deliberate reductions in inventories and an increase in liabilities from operating activity. Expenditures for investments fell to EUR 10.6 million in the reporting period, down from EUR 15.5 million in the previous year.

Nabaltec amortized EUR 8.4 million in long-term loan debt in 2012 and did not take out any new loans. Accordingly, cash flow from financing activity was EUR -12.9 million in 2012, compared to EUR -0.9 million the year before. Nabaltec's cash and cash equivalents fell from EUR 16.3 million to EUR 14.3 million as of 31 December 2012.

According to Gerhard Witzany, member of the Board of Nabaltec AG: "In the second half of 2012, we were once again able to demonstrate that we are positioned in such a way as to maintain stability even in economically difficult times. Although we have observed a slackening of demand since mid-year, we exceeded our targets from the year before in both the third and the fourth quarter." Revenues amounted to EUR 32.1 million in the third quarter and EUR 28.8 million in the fourth quarter.

According to preliminary data, Nabaltec's revenues in the first three months of 2013 were EUR 34.8 million, higher than last quarter and the first quarter of last year. The business division "Functional Fillers" had EUR 23.7 million in revenues and the business division "Technical Ceramics" had EUR 11.1 million. EBIT came to EUR 2.3 million in the reporting period, with an EBIT margin (EBIT as a percentage of total performance) of 7.1%. Cash flow from operating activity was up to EUR 7.0 million (Q1/2012: EUR 6,3 million). Johannes Heckmann, member of the Board of Nabaltec AG: "As we expected, the slowdown in demand at the end of the year was followed by a noticeable recovery in the market in the first quarter. We hope that this positive development in the first quarter will be sustained through the course of the year."

Assuming economic conditions do not worsen further, Nabaltec expects revenue growth in the mid-single digits for the current year. The company expects its 2013 EBIT margin to be in line with last year's level. Strict cost management in all areas should help further stabilize and improve the company's earning power.

Note: Nabaltec's 2012 Annual Report and 2012 Annual Financial Statements for Nabaltec AG are available for download as of today in the Investor Relations section of www.nabaltec.de.

Nabaltec AG, with registered office in Schwandorf, a chemicals business which has received multiple awards for innovativeness, manufactures, develops and distributes highly specialized products based on aluminum hydroxide ("ATH") and aluminum oxide, as well as other raw materials, on an industrial scale through its "Functional Fillers" and "Technical Ceramics" divisions. The company's product range includes halogen-free flame retardant fillers and eco-friendly additives for the plastics industry. Flame retardant fillers are used e.g. in cables in tunnels, airports, high-rise buildings and electronic devices, while additives replace stabilizers containing heavy metals in PVC processing. Nabaltec also produces base materials for use in technical ceramics, the refractory industry and catalysis. Unlike halogenated flame retardant fillers, the products manufactured by the company's "Functional Fillers" division contain no hazardous substances and do not require separate disposal. Rather, the company's flame retardant fillers actually decrease the development of fumes hazardous to human health and the environment in the event of fire. Nabaltec maintains production sites in Germany and the US and plans to continue to consolidate its market position by expanding capacity, further optimizing processes and quality and making strategic extensions to its product range. On the strength of its specialty products, the company strives to attain the market leadership in each segment.