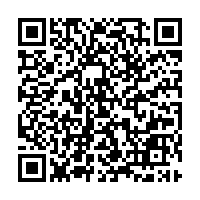 Subscribe to news
(PresseBox) ( Schwandorf, 09-08-25 )
.
- Revenues in the first half of 2009 once again affected by difficult conditions in consumer industries all over the world
- US revenues begin to recover in the second quarter of 2009
- Cost-cutting measures have an impact, nearly enabling balanced operating profit (EBIT) in the second quarter
- Operating cash flow once again positive
- Revenues and earnings forecast for 2009

Nabaltec AG's earnings stabilized considerably in the second quarter of 2009: EBIT improved to EUR -0.2 million, as the company nearly broke even. In all company sectors, cost structure was adapted to current market conditions. EBIT was EUR -2.0 million for the first half of the year. As in the first quarter, Nabaltec AG's revenues in the second quarter of 2009 were affected by weak global demand in Nabaltec's key consumer industries. In all, revenues fell by 36.2% in the first half of 2009, from EUR 51.9 million in the first half of 2008 to just EUR 33.1 million. In addition to the clear stabilization in earnings, the improvement in cash flow demonstrates that the measures which Nabaltec has taken are having an effect. Nabaltec's net cash flow from operating activities was EUR 0.8 million.

According to Gerhard Witzany, a member of Nabaltec AG's Management Board: "While we don't anticipate a turnaround in the second half, we certainly do expect to see a clear stabilization in our business. Key consumer industries seem to have broken the downward trend: the refractory industry, an important consumer of our technical ceramics products, has reported that it will soon be starting up new blast furnaces, and in the electric and electronics industry, which is a consumer of our mineral based halogen-free flame retardants, the order situation seems to be stabilizing all over the world. However, other key industries are still in crisis, such as the construction sector."

Revenues in the "Technical Ceramics" business division did not yet reflect the steel industry's announcement that it will be expanding capacity. In fact, revenues fell by 38.5% in the first half of 2009, to EUR 10.4 million.

The effectiveness of the measures taken by Nabaltec AG is apparent not only from the clear stabilization in earnings, but from the improvement in cash flow as well. The consolidated cash flow statement shows a net cash flow from operating activities of EUR 0.8 million in the first half of 2009 (down from EUR 4.4 million the year before). Investments proceeded according to plan in the second quarter of 2009. Around two thirds of investments in the first six months of 2009 went to the new "Additives" business unit, for the construction of our ACTILOX® CAHC production plant in Schwandorf. After subtracting pro-rata investment grants, cash flow from investment activities came to EUR -9.7 million.

The "Additives" business unit, where the investment focus is on, is expected to have an impact on revenues and cash flow starting in the fourth quarter of 2009. Due to changes in statutory requirements all over the world, stabilizers which contain heavy metals will increasingly have to be replaced by eco-friendly products, such as those currently offered by Nabaltec.

Revenues in the "Functional Fillers" and "Technical Ceramics" business divisions are expected to total over EUR 37 million in the third and fourth quarters of 2009, more than 10% higher than in the first half of the year. On the year, Nabaltec expects revenues to exceed the EUR 70 million mark.
Nabaltec also expects to see an improvement in earnings before interest, taxes, depreciation and amortization (EBITDA) in the second half over the first six months of the year.

Assuming a medium-term market growth rate of over 5% in both the "Functional Fillers" and "Technical Ceramics" business divisions, Nabaltec's long-term goal continues to raising its EBIT margin to the double digits.

Nabaltec AG, with registered office in Schwandorf, a chemicals business which has received multiple awards for innovativeness, manufactures, develops and distributes highly specialized products based on aluminum hydroxide ("ATH") and aluminum oxide, as well as other raw materials, on an industrial scale through its "functional fillers" and "technical ceramics" divisions. The company's product range includes flame-retardant fillers for the plastics industry, used e.g. in cables in tunnels, airports, high-rise buildings and electronic devices, as well as base materials for use in technical ceramics, the refractory industry and catalysis. Unlike halogenated flame-retardant fillers, the products manufactured by the company's "functional fillers" division contain no hazardous substances and do not require separate disposal. Rather, the company's flame-retardant fillers actually decrease the development of fumes hazardous to human health and the environment in the event of fire. Nabaltec maintains production sites in Germany and the US and plans to continue to consolidate its market position by expanding capacity, further optimizing processes and quality and making strategic extensions to its product range. On the strength of its specialty products, the company strives to attain not just the quality leadership, but also the market leadership in each segment.