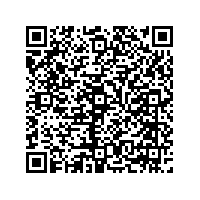 Subscribe to news
(PresseBox) ( Schwandorf, 10-08-24 )
.
- Record revenues in the second quarter: EUR 29.1 million
- EBIT up by EUR 5.5 million over the first half of last year, to EUR 3.5 million
- Earnings per share back into the positive
- 2010 revenue and earnings forecast raised considerably

Nabaltec AG's revenues in the second quarter of 2010 were the highest in the company's history, as consolidated revenues grew by 73.2%, to EUR 29.1 million. The second quarter of 2009 was near the low point of the demand crisis, with revenues falling to EUR 16.8 million. "With this record quarter, coming after a very strong first quarter, we have succeeded in making up our 2009 revenue losses faster than expected and we are now back on our longterm growth track" said Gerhard Witzany, member of the Nabaltec AG Management Board. Revenues in the first half of 2010 came to EUR 53.4 million, up 61.3% over the first half of 2009.

Strong growth in both divisions

Nabaltec was able to generate particularly strong growth in the US and Asian regions. Nabaltec's US subsidiary, Nashtec, increased output once again in the first half of 2010 and is now operating at maximum capacity. Nabaltec's US revenues in the second quarter of 2010, for example, were almost three times as high as in the second quarter of 2009.

In the first half of 2010 sales of boehmite has given noticeably impetus to the revenues for the first time.

Boehmite is a product which Nabaltec first introduced in 2009. This product is generating growing demand in three target markets: catalysis (the field for which the boehmite was developed), the electronics industry and energy storage. Nabaltec is therefore planning to substantially expand its production capacity in this product segment. The company's key investment project for the year 2010 is progressing as planned: the new boehmite production plant is scheduled to go online in October at the Schwandorf site.

Due to the very positive course of business, Nabaltec has now increased its 2010 revenue and earnings forecast for the second time and indications are good that 2010 revenues will exceed the previous record, set in 2008. Revenues for 2010 as a whole are now expected to reach EUR 100-108 million and operating profit (EBIT) is expected to total at least EUR 6 million. This EBIT forecast is twice as high as the previous forecast, and Nabaltec expects to report positive earnings in 2010 even after interest and taxes.

Market conditions are right for a sustained positive business trend in all of Nabaltec's product segments. For example, recent market studies from Frost & Sullivan project that the halogenfree flame retardant market, Nabaltec's highestrevenue segment, will grow at a rate of 8.1% a year through 2014. Nabaltec plans to generate strong growth in this market by replacing the heavy metalbased flame retardants which are still in use with halogenfree, ecofriendly products and by taking market share away from competitors thanks to its highquality and innovative products. In the market for technical ceramics and refractory products as well, the company expects to see growth in 2010 following a period of significant stabilization, as global steel production, the largest direct target sector for these products, is showing clear signs of recovery.

Nabaltec AG, with registered office in Schwandorf, a chemicals business which has received multiple awards for innovativeness, manufactures, develops and distributes highly specialized products based on aluminum hydroxide ("ATH") and aluminum oxide, as well as other raw materials, on an industrial scale through its "Functional Fillers" and "Technical Ceramics" divisions. The company's product range includes halogenfree flame retardant fillers and ecofriendly additives for the plastics industry. Flame retardant fillers are used e.g. in cables in tunnels, airports, highrise buildings and electronic devices, while additives replace stabilizers containing heavy metals in PVC processing. Nabaltec also produces base materials for use in technical ceramics, the refractory industry and catalysis. Unlike halogenated flame retardant fillers, the products manufactured by the company's "Functional Fillers" division contain no hazardous substances and do not require separate disposal. Rather, the company's flame retardant fillers actually decrease the development of fumes hazardous to human health and the environment in the event of fire. Nabaltec maintains production sites in Germany and the US and plans to continue to consolidate its market position by expanding capacity, further optimizing processes and quality and making strategic extensions to its product range. On the strength of its specialty products, the company strives to attain not just the quality leadership, but also the market leadership in each segment.