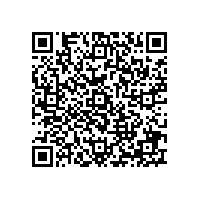 When You Can't Bear to Part with a Machine

Subscribe to news
(PresseBox) ( Ostfildern-Kemnat, 17-04-20 )
Imprimerie Centrale in Luxembourg was unwilling to part with its Prima Amrys even after it had been in operation for 15 years. It is now using the reconditioned saddle stitcher with a new operating panel.

Owing to uncertainty about developments in the digital printing segment, the most state-of-the-art graphic arts company far and wide put off making investments in new print finishing systems. However, despite ongoing in-house maintenance, the overhaul of the Prima Amrys could not wait any longer. Service technicians from Muller Martini completely reconditioned and cleaned the machine within two weeks. In addition, the saddle stitcher’s small display was replaced by a state-of-the-art touch-screen. Such an upgrade to the control system is particularly worthwhile if the machine is still in good mechanical condition.

“I can tell from my office by the sound of the machine that it now runs much more smoothly and precisely,” says Roland Dernoeden, who is convinced that he has made the right decision. The General Director of Imprimerie Centrale, which was founded in 1961, hopes that the full reconditioning will extend the service life of the Prima Amrys, which has always operated reliably, by at least five years. “I’m loathe to part with such an excellent machine”, says Roland Dernoeden, who is aware, however, that the company, which employs 120 people, cannot afford any machine failures. Many customers, including the European Union and international organizations, expect not only premium quality, but also ever shorter turnaround times.

That has prompted the printing plant to make use of MMServices. Roland Dernoeden has used Muller Martini print finishing systems for years and greatly values the partnership. The fact that the Prima Amrys is now the company’s third Muller Martini saddle stitcher and that it is using a Bolero as its sixth Muller Martini perfect binder is testament to the mutual trust between the partners.