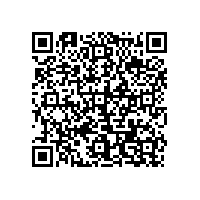 In the third quarter of 2016/17, METRO has shown a strong operational development with an increase in like-for-like sales by 2.6%. Total sales rose by 4.9% to €9.3 billion, benefiting from positive currency effects and the acquisition of Pro à Pro, the French food service distribution specialist. EBIT rose to €215 million compared to €68 million in the same period last year. EBIT before special items amounted to €230 million, compared to €239 million in the third quarter of 2015/16. The slight decrease is attributable in particular to higher real estate income in the previous year.

Looking at the ninemonth period, METRO’s like-for-like sales improved slightly by 0.5% compared to the previous year. Total sales rose by 1.9% to €27.9 billion. EBIT fell from €942 million to €720 million. The decline is primarily attributable to special items amounting to €120 million for restructuring measures at Real and METRO Wholesale, as well the capital gains from the disposal of METRO Cash & Carry Vietnam that were included in last year’s figures. As a result of higher real estate income and positive currency effects, EBIT before special items rose to €840 million compared to €741 million in the same period last year.

“METRO has shown a strong operational development in the first quarter that we report on as an independent, stock listed company after the demerger of METRO GROUP. The sustainable sales trend shows that we have become more relevant for our customers worldwide, a large proportion of which are restaurateurs. We have seen very strong sales increases, especially in the delivery business” says Olaf Koch, Chairman of the Management Board of METRO AG. “With an increase by 2.5% in like-for-like sales, the operational development of Real is also very satisfactory. Online sales increased by 70%.”

1In order to take account of the development of the business model and the strengthening of the delivery business, the METRO Cash & Carry segment is now named METRO Wholesale. The name of the sales brand METRO/MAKRO Cash & Carry remains unchanged.

2These are proforma figures because these are combined financial statements, which means that no shares existed as of the closing date of 30 June 2017.