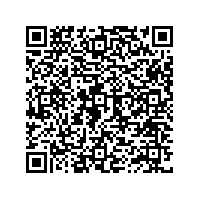 Focus on Growth in Wholesale, stable dividend, elections to the Supervisory Board

● Olaf Koch, Chairman of the Management Board of METRO AG: “METRO has decisively advanced the transformation to become a focused wholesaler. We have created the basis for further growth.”
● Dividend of €0.70 € per share approved
● Marco Arcelli elected as a new member of the Supervisory Board. Gwyn Burr, Prof. Dr. Edgar Ernst and Dr. Liliana Solomon re-elected as members of the Supervisory Board

METRO is a leading international wholesale company with food and non-food assortments that specialises on serving the needs of hotels, restaurants and caterers (HoReCa) as well as independent traders. Around the world, METRO has some 16 million customers who can choose whether to shop in one of the large-format stores, order online and collect their purchases at the store or have them delivered. METRO in addition also supports the competitiveness of entrepreneurs and own businesses with digital solutions and thereby contributes to cultural diversity in retail and hospitality. Sustainability is a key pillar of METRO's business. METRO has been the European sector leader in the Dow Jones Sustainability Index. The company operates in 34 countries and employs more than 100,000 people worldwide. In financial year 2018/19, METRO generated sales of €27.1 billion. In September 2018 METRO initiated the divestment process for the food retail chain Real with its more than 34,000 employees. For more information, please visit www.metroag.de

Recommend Focus on Growth in Wholesale, stable dividend, elections to the Supervisory Board press release