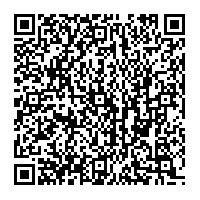 Subscribe to news
(PresseBox) ( Haifa, Israel, 09-06-29 )
MediVision Medical Imaging Ltd. ("MV", EURO.NM: MEDV) announced today, June 29th, 2009 that it signed an Asset Purchase Agreement ("APA") on June 24, 2009 with its US subsidiary Ophthalmic Imaging Systems ("OIS", OTCBB: OISI), under which OIS will acquire certain assets and assume certain liabilities from MV. In parallel, OIS announced that it has signed a share purchase agreement ("SPA") with U.M. AccelMed, Limited Partnership for a $6.0 million private placement of the Company's common stock and warrants to be completed in two installments.

According to the APA and subject to the conditions of the agreements as defined hereinafter, OIS will acquire all of MV's assets and activities relating to (i) digital electro-optical imaging devices technology, intellectual property and products, (ii) MV's branch in Belgium, (iii) all of MV's holdings in its German subsidiary CCS Pawlowski GmbH ("CCS"), constituting approximately 63% of the issued share capital of CCS, and (iv) its distribution agreements with various European distributors (all together, the "Purchased Assets"). OIS also assumed certain specific liabilities relating to the Purchased Assets.

In consideration for the Purchased Assets, OIS is to release MV from its obligations under certain loans granted by OIS to MV in various dates since 2005, estimated at approximately $4.2 million and to undertake MV's obligations in connection with a loan granted to MV by the Israeli United Mizrahi-Tefahot Bank, estimated at approximately $1.5 million.

The valuation of the Purchased Assets for the purpose of the APA were determined, inter alia, upon a fairness opinion, prepared by an independent professional third party (the "Fairness Opinion"), taking into account the respective assets, liabilities, business plans, products and technologies, prospects and various other considerations.

To secure its obligations under the APA, MV is to deposit in escrow approximately 6 million shares of OIS, which MV owns (valuated at approximately $2 million based on current share price of OIS), 3.8 million of which shall also be pledged to OIS, and may be impounded by OIS, if Closing of the APA does not occur within 120 days of signing of the APA.

The APA also provides that (i) MV shall not compete with the business of the Purchased Assets for 3 years, (ii) MV and OIS shall each bear certain liabilities and indemnification undertakings towards each other and that pending Closing of the APA, MV shall refrain from certain actions specified in the APA without OIS' consent.

Following consummation of the APA, MV shall remain with certain historical assets and rights and its main asset shall be its shareholdings in OIS.

The Board of Directors of MV and its Audit Committee resolved that the main reasons for the approval of the APA and the ancillary documents attached thereto are as follows:

(i) Approval of the APA will allow the implementation of a Share Purchase Agreement signed between OIS and Accelmed, a strategic investor, under which Accelmed is to invest $4 million reflecting a pre-money valuation of $7.2 million (or $0.415 per OIS share) for OIS, and after which Accelmed is expected to hold approximately 35% of the OIS common stock, thus allowing OIS, MV's main asset, to avoid significant draw-back in its activities.
(ii) Without approval of the APA, MV might have had to sell its holdings in OIS, while the current market conditions may not allow full execution of such sale and at low prices.
(iii) Due to the global financial crisis, and after examining its options, MV's Board of Directors found that raising funds for itself at this time is not possible at a fair price.
(iv) Having relied on the Fairness Opinion, the MV Board of Directors and Audit Committee determined that the consideration to be received by MV under the APA is fair, from a financial point of view, to MV and its shareholders.
(v) That approval of the APA is in MV's best interests and not detrimental to MV.

The APA was unanimously approved by MV's Board of Directors and Audit Committee, is subject to approval by MV's shareholders in a special shareholders meeting to be convened forthwith, whereupon the Closing of the APA will be held subject to, securing all other approvals and consents which are legally required. MV will publish a separate notice for convening a meeting of MV's shareholders for approval of the APA.

About Ophthalmic Imaging Systems - Ophthalmic Imaging Systems (www.oisi.com), a majority-owned subsidiary of MediVision, is the leading provider of ophthalmic digital imaging systems. OIS designs, develops, manufactures and markets digital imaging systems and informatics solutions for the eye care market. With over twenty years in the ophthalmic imaging business, the Company has consistently introduced new, innovative technology. Through OIS' wholly-owned subsidiary, Abraxas Medical Solutions, the company provides Electronic Medical Records and Practice Management software to Ophthalmology as well as OB/GYN, Orthopedic and Primary care. OIS, together with MediVision, co-markets and supports their products through an extensive network of dealers, distributors, and direct representatives. OIS is a registered member Company listed on www.OTCVillage.com.

About AccelMed - AccelMed is an investment firm focusing on established, late stage medical device companies. Founded by Mori Arkin and Uri Geiger and led by a team of accomplished investment professionals with extensive experience in the medical and life science fields AccelMed make strategic investment in promising high-gross companies in Israel and the US. For more information see www.accelmed.co.il.

This Release contains certain forward-looking statements and information relating to the Company that are based on the beliefs of the Management of the Company as well as assumptions made by and information currently available to the Management of the Company. Such statements reflect the current views of the Company with respect to future events, the outcome of which is subject to certain risks and other factors, which may be outside of the Company's control. Should one or more of these risks or uncertainties materialize, or should underlying assumptions prove incorrect, actual results of outcomes may vary materially from those described herein as projected, anticipated, believed, estimated, expected or intended.

MediVision specializes in digital imaging devices for medical ophthalmic applications with an emphasis on diagnostics related to the eye retina. MediVision's products are designed to provide digital upgrades for a range of ophthalmic imaging systems, thus significantly enhancing imaging capability and providing its users with advanced diagnostic tools. The company has significant market share and is a market leader in the ophthalmic digital imaging field. As of the balance sheet date, the Company owns 56% interest in Ophthalmic Imaging Systems Inc. based in Sacramento, California, USA and prior to consummation of the abovementioned APA a 63% interest in CCS Pawlowski GmbH based in Jena, Germany.