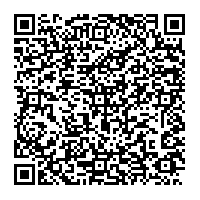 In the first six months of 2010, the biotech company MediGene AG (Frankfurt: MDG, Prime Standard, TecDAX) increased total revenue by 26% to EUR 25.2 million, and reduced the loss on an EBITDA basis by 20% to EUR -5.4 million. The net loss was reduced by 60% to EUR -3.3 million. These results are reported in compliance with IFRS (International Financial Reporting Standards).

Major events since the beginning of 2010:

- Arnd Christ appointed as new Chief Financial Officer of MediGene AG
- Veregen® market launch by Abbott in Germany and Austria, commercialization effort in the USA extended by Nycomed
- Additional marketing partnerships concluded for the commercialization of Veregen® in Israel, Greece and Cyprus, China and South Korea
- Positive results obtained in a Phase II trial of EndoTAG(TM) -1 in combination therapy for the treatment of triple negative breast cancer
- European rights to Eligard® sold to Astellas for EUR 25 million cash plus royalties on sales

Arnd Christ, Chief Financial Officer of MediGene AG, comments: "With our solid financial results in the first half of 2010 and through the recent sale of European rights to Eligard® to Astellas, we have created a sound financial platform for MediGene. Going forward, we will continue to seek to strengthen this position via licensing deals and corporate partnerships as well as maintaining a keen focus on our expenses. In addition, MediGene will consider strategic transactions as a means to fuel its pipeline."

From the SEDA agreement closed with YA Global Investments L.P. in 2008 which secures additional equity of up to EUR 25 million, a total of EUR 4.5 million was called in the first six months of 2010, leaving EUR 14.4 million available under this agreement. In addition, MediGene closed an agreement with Astellas Pharma Ltd. for the sale of the rights to Eligard®, which provides for nearterm payments of EUR 25 million to MediGene as well as ongoing royalty receipts.

MediGene continues to target signing one or more development and marketing partnerships for EndoTAG(TM) -1 in 2010 which are expected to have a significant effect on the financial result for the year. However, the financial impact of such agreements is as yet difficult to assess, and any impact is specifically excluded from the financial guidance given here.

Based on the current business plan and the scenarios derived from this plan, MediGene's management team assumes corporate financing to be secured beyond yearend 2011.

MediGene anticipates a continued rise in Eligard® market share in Europe and a subsequent increase in total inmarket sales in 2010. On complete transfer of the Eligard® rights to Astellas, MediGene will stand to benefit from this positive trend through the revised participation in sales.

In February 2010, MediGene's marketing partner Nycomed increased its sales force for the commercialization of Veregen® in the USA to more than 40 persons, and with German market launch in March 2010, the ointment is now available in Europe. MediGene expects increasing revenue through 2010 from Veregen® and also intends to conclude further partnership agreements for its distribution both within and beyond Europe.

MediGene continues to target the conclusion of one or more development partnerships for the further development of EndoTAG(TM) -1 with pharmaceuticals or biotech companies in 2010.

Following a preclinical study program conducted in 2010, MediGene is planning to resume clinical development in the first quarter of 2011.

An analyst and press conference call in English will take place at 10:00 am (CEST) today, and will be webcast live. Access to the webcast including synchronized slides is possible at the MediGene website at www.medigene.com. A replay will also be available.

The detailed 6months report is available at: http://www.medigene.de/reports.

MediGene AG is a publicly listed (Frankfurt, Prime Standard: MDG, TecDax) biotechnology company located in Martinsried/Munich, Germany, with subsidiaries in Oxford, UK and San Diego, USA. MediGene is the first German biotech company to have drugs on the market which are distributed by partner companies. It has several drug candidates in clinical development and possesses innovative platform technologies. MediGene focuses on clinical research and development of novel drugs with focus on oncology.