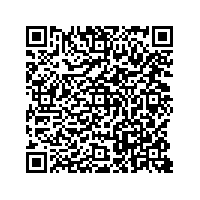 (PresseBox) ( Reutlingen, 08-05-15 )
The Manz Group, a leading technology provider in terms of its market shares for systems and components for automation, quality assurance, laser process technology for the photovoltaic industry and automation and wet chemicals for the LCD industry, successfully continued its dynamic on-track growth in the first quarter of 2008. The Manz Group increased its revenues from € 12.71 million in Q1 2007 by more than 200% to € 38.61 million. Total operating revenue was up substantially by around 155% to € 37.08 million (Q1 2007: € 14.51 million).

EBIT also soared in the first quarter - up 214% to € 5.58 million (Q1 2007: € 1.78 million), thus enjoying disproportionate growth compared to revenues. In terms of revenues, this constitutes an EBIT margin of 14.5% (Q1 2007: 14.0%). This means that the EBIT margin has again been increased - not least as a result of lower material consumption and economies of scale. The Manz Group's EBT also tripled - up € 3.81 million to € 5.58 million (previous year: € 1.77 million). As a result of the acquisition of a majority interest in Intech Machines Co., Ltd on April 1, 2008 and the associated pre-financing, the equity ratio was at around 38% at the end of the quarter. The cash flow from operating activities in the first quarter totaled € -1.75 million (Q1 2007: € 44 thousand). This is due in particular to the substantial growth and the resulting required increase in working capital.

"We have achieved key milestones in the first few months of 2008, including three successful acquisitions that will further reinforce our growth with additional capacity and new technology. We want to significantly reinforce our global market position by moving integration forward and expanding our product range," explained Dieter Manz, Manz Automation AG's CEO. "The strong revenue growth was primarily driven by the systems.solar division, which enjoyed substantial order-book growth." In total, Manz Automation recorded revenues totaling € 26.55 million in its systems.solar division or 68.8% (systems.lcd: € 2.45 million, systems.aico: € 3.32 million, other: € 6.28 million).

As of April 30, 2008 the Manz Group had an order book for the entire 2008 fiscal year totaling € 169.95 million. Of this total, € 103.16 million is due to the systems.solar division, which is split roughly 50:50 between the business fields crystalline silicon solar cells and thin-film solar modules. The acquisition of the majority interest in Intech Machines Co., Ltd. caused the order book in the systems.lcd division to increase to € 45.41 million.

As a result of the sustained growth, the Managing Board has reconfirmed its forecast of recording revenues of € 210 - 215 million in the current fiscal year, with a sustained increase in EBIT.