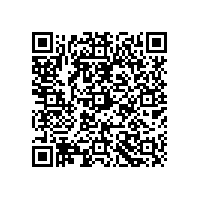 Manz AG publishes report on the first six months of 2017

Reutlingen, August 10, 2017 – Manz AG, a globally active high-tech equipment manufacturer with an extensive technology portfolio covering the three strategic business segments of "Electronics", "Solar" and "Energy Storage," is publishing its financial report for the first half of 2017 today.

In the first six months, the company's focus of activity was largely aimed at preparing for the successful realization of the CIGS bulk orders, totaling a volume of 263 million euros. After being granted official approval and having received the agreed down-payment, Manz AG began the realization of the orders in June, which will contribute significantly to the aspired sales and earnings growth for 2017 later in the year. Sales development grew operatively in the second quarter of 2017 after a somewhat sluggish but expected start to the year: total revenues in the first half of the year amounted to 119.6 million euros (June 30, 2016: 124.0 million euros). Earnings before interest, tax, depreciation and amortization (EBITDA) with 12.4 million euros are significantly above the negative previous year's figure of -4.5 million euros; Earnings before interest and taxes (EBIT) amounted to 7.0 million euros after -11.7 million euros in the previous year's period, also due to a one-time effect of 34.4 million euros from the sale of Manz CIGS Technology GmbH.

Eckhard Hörner-Marass, CEO of Manz AG, commented: "We have implemented numerous strategic measures in the past months to bring Manz AG back to sustainable and indeed profitable growth. In the Electronics and Energy Storage segments, we have invested in the development of new products and building up pilot projects, thereby creating a basis for potential orders for future series production. After the first six months of 2017, we thus believe to be well on track to achieve this year's targets."

This statement was supplemented by Martin Drasch, COO of Manz AG, who was pleased with the development of the segments he is responsible for: "The realization of the large CIGS orders in the Solar segment is doing well and development in the Contract Manufacturing and Service segments has met our expectations, contributing positively to our results."

Gunnar Voss von Dahlen, CFO of Manz AG, summarizes development in the first half of 2017: "Business development so far, but in particular the further realization of the large CIGS orders as well as the implemented - everything underpinned by solid financial figures - are all good preconditions to achieve the forecast for the whole year."

In order to offer a demand-oriented product portfolio to the customers, continuous innovation is of the highest priority for Manz AG. Alongside business with customer specific projects, the company is also going to concentrate on developing, manufacturing and marketing standardized machines and linking them together to create complete, customized system solutions from intelligent modules. A significant part of Manz AG's competitiveness is their high level of competence in process-know how as well as software and machine control. At the beginning of the year, the former restructuring program "Manz 2.0" was transferred into a continuous optimization program, to continually increase the competitive abilities and profitability of the company through targeted improvements in organization and processes. Diverse cost optimization measures have already been implemented successfully in this context and are already showing their effects in the first half of the year.

As one of the world's leading high-tech equipment manufacturers, Manz AG, based in Reutlingen, Germany, is a pioneer in innovative products for fast-growing markets. Founded in 1987, the company has expertise in six technology sectors: automation, laser processing, screen printing, metrology, wet chemical and roll-to-roll processing. Manz deploys and continuously develops these technologies in three strategic business segments: Electronics, Solar and Energy Storage.

The company has been listed on the stock exchange in Germany since 2006 and currently develops and produces in Germany, China, Taiwan, Slovakia, Hungary and Italy. It also has sales and service branches in the United States and India. Manz AG currently employs around 1,700 people, about half of which are in Asia. Manz's motto "passion for efficiency" sums up its promise of production systems with the highest levels of efficiency and innovation for its customers in dynamic, future-oriented industries. With its comprehensive expertise in developing new production technologies and related machines, the company contributes substantially to reducing production costs for end products and making them accessible to large groups of buyers the world over.