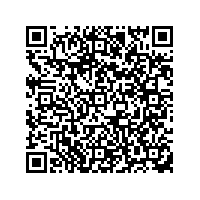 
Manz AG, a globally active high-tech equipment manufacturer with a comprehensive technology portfolio in its three strategic segments of "Solar", "Electronics" and "Energy Storage", has today announced that all the official approvals for its strategic cooperation with Shanghai Electric and the Shenhua Group in the field of CIGS thin-film solar technology, and for the resulting major orders, have been granted. This means that the preconditions for the orders with a total value of EUR 263.0 million are fulfilled. Payment of the EUR 50 million purchase price for Manz CIGS Technology GmbH as well as the agreed downpayment of EUR 79.0 million for the CIGS orders is expected to be made to Manz AG in May this year.

As a result of the approvals that have been issued, Manz CIGS Technology GmbH, the former Manz AG CIGS research company, will become part of NICE PV Research Ltd. which is now starting its research operations as planned. With the signing of the contract at the end of January 2017 Manz AG and its Chinese partners laid the foundations for this unique company to become the world's leading research institution in the field of CIGS thin-film technology. NICE PV Research Ltd. will speed up the further development of CIGS technology with immediate effect, which will leverage its potential for further increases in photovoltaic efficiency and reductions in production costs. In addition to the existing innovation line for CIGS thin-film solar modules at Schwaebisch Hall, a further production line with a capacity of 44 MW will therefore be built in Beijing.

The granting of the official approvals has also led to the start of operations at the second newly established company –Suzhou Manz New Energy Equipment Co.,Ltd. The company is exhibiting for the first time at the world's most important photovoltaics trade show, the "SNEC PV Power Expo" which is currently being held in Shanghai. Suzhou Manz New Energy Equipment was founded by Manz AG, Shanghai Electric and the Shenhua Group in order to boost the marketing of CIGS technology in China. From now on the company has exclusive responsibility for the sales activities in China, will provide engineering services for future projects and will support in their early phases. Whereas both of the existing major orders were placed directly with Manz AG, potential follow-up orders from China will be placed with Suzhou Manz New Energy Equipment. The company's majority shareholder is Manz AG with a 56% holding. Future earnings and expenditure will accordingly be consolidated in the Manz Group's financial statements. In all other regions apart from China, CIGSfab will continue to be marketed exclusively by Manz AG.

As a globally active high-tech equipment manufacturer, Manz AG, based in Reutlingen, Germany, is a pioneer in the provision of innovative products in fast-growing markets. Founded in 1987, the company has expertise in six technology sectors: automation, laser processing, screen printing, metrology, wet chemical and roll-to-roll processing. Manz deploys and continuously develops these technologies in three strategic business segments: Electronics, Solar and Energy Storage.

The company is headed up by its founder, Dieter Manz, and has been listed on the stock exchange in Germany since 2006. It currently develops and produces in Germany, China, Taiwan, Slovakia, Hungary and Italy. It also has sales and service branches in the United States and India. Manz's motto "passion for efficiency" sums up its promise of production systems with the highest levels of efficiency and innovation for its customers in dynamic, future-oriented industries. With its comprehensive expertise in developing new production technologies and related machines, the company contributes substantially to reducing production costs for end products and making them accessible to large groups of buyers the world over.