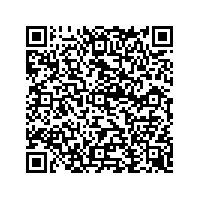 Manz AG: Release of Preliminary Figures for the 2016 Fiscal Year


Preliminary figures are within forecasts
Revenue about 4% higher than previous year, at EUR 231 million
EBITDA and EBIT significantly improved compared to previous year
Major order in Solar business segment and optimized cost basis as base for profitable corporate development in 2017


Manz AG, a globally active high-tech equipment manufacturer with an extensive technology portfolio covering the three strategic business segments of "Solar," "Electronics" and "Energy Storage," is publishing its preliminary economic figures for the 2016 fiscal year today. According to the figures, the company was able to increase its revenues in a difficult 2016 fiscal year by 4.0%, from EUR 222.0 million in the previous year to EUR 231.0 million. In June 2016, Manz AG received the short-notice cancellation of a major order in the Energy Storage business segment, and as a result the associated planned follow-up orders failed to materialize. In addition, the major order for fully integrated production lines for CIGS thin film solar modules received in January of 2017, with a total volume of EUR 263 million, ultimately arrived considerably later than initially planned together with Shanghai Electric. Both occurrences had corresponding effects on the company's revenue performance. In its operating business, Manz AG achieved significantly improved earnings before interest, taxes, depreciation and amortization (EBITDA) of EUR -22.5 million (previous year: EUR -41.9 million); earnings before interest and taxes (EBIT) also significantly improved to EUR -36.7 million (previous year: EUR -58.2 million). Revenues and profit for 2016 are thus within the latest forecast, with revenue at the level of the previous year and a significantly improved EBIT.

The significant improvement of EBITDA and EBIT is substantially the result of Manz AG's multi-layered measures to optimize processes and structures within the entire group. This is reflected, inter alia, in reduced material and personnel expenses and an overall improved cost basis. The company will continue to follow this path also in the 2017 fiscal year and will consistently pursue the initiated projects as part of a continuous optimization process.

Dieter Manz, CEO and founder of Manz AG, expects a profitable business performance for 2017: "A strong strategic partnership in the solar segment, a full order book, proven successes in optimizing our cost basis and a continuous improvement of our processes – in consideration of these framework conditions, we expect to be profitable again in 2017."

Manz AG will publish the final figures for the 2016 fiscal year and a detailed forecast for the current fiscal year, together with the complete 2016 annual report, on March 30, 2017.

The company is led by founder Dieter Manz and has been listed on the stock exchange in Germany since 2006. It currently develops and produces in Germany, China, Taiwan, Slovakia, Hungary and Italy. It also has sales and service branches in the United States and India. Manz's claim "passion for efficiency" offers the promise of production systems of the highest efficiency and innovation to its customers in dynamic, future-oriented segments. With its comprehensive expertise in developing new production technologies and related machines, the company contributes substantially to reducing production costs for end products, making them accessible to large groups of buyers the world over.