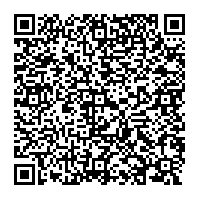 Subscribe to news
(PresseBox) ( Reutlingen, 12-08-15 )
.
- Total revenues at EUR 109.2 million in the first half of 2012
- Positive operating revenue (EBIT) of EUR 1.1 million
- Revenues in the Solar segment decline to 12% of total revenues
- In the Display segment revenues increase significantly to 65.5% of total revenues

Manz AG, one of the world's leading high-tech engineering companies with an extensive technology portfolio covering the strategic segments "Display", "Solar" and "Battery", has recorded substantial revenue growth in the second quarter of 2012 with revenues growing by 47.6% to EUR 65.1 million compared to the preceding quarter. Total revenues in the reporting period slipped 15.9% to EUR 109.2 million, compared with EUR 129.8 million in the prior-year period. Total operating revenues in the first six months amounted to EUR 113.5 million (previous year: EUR 142.3 million). The positive development in revenues and the EBIT of EUR 6.0 million in the second quarter was more than enough to offset losses in the first quarter of 2012, leaving Manz with an operating revenue (EBIT) of EUR 1.1 million for the first half-year (previous year: EUR 3.5 million).

Dieter Manz, CEO of Manz AG, is satisfied about the result and the business development: "With a positive EBIT we have achieved our target in the first six months. This was above all enabled by our core competences in the fields of automation, laser process technology, vacuum coating, printing, metrology and wet chemical processes, as well as our successful diversification strategy. With the positive order situation in the Display and Battery segments, we can compensate the ongoing lack of investment in the solar industry. In particular the dynamic growth of around 68% in the Display segment in the first half-year compared to the same period in the previous year is encouraging. In addition, we have also continued to reduce the risks entailed in our business model by diversifying the size of our projects and our expanding international customer base."

Since July 1, 2012 all of Manz AG's business activities in the display industry have been consolidated in the renamed Display (formerly Flat Panel Display) business unit. This segment was by far the major revenue driver, representing revenues of EUR 71.5 million (previous year: EUR 42.5 million). To realize the high order volume, free production capacities in the Solar segment have been used and thereby production utilisation has been optimised. In its Solar business unit, Manz AG recorded a significant downturn in revenues which declined to EUR 13.1 million (previous year: EUR 46.0 million). However the company records an increasing proportion of revenues with production facilities for lithium-ion batteries. Due to this trend and the prospects for further growth this business forms since July 1, 2012 the company's third strategic segment: Battery. During the reporting period Manz AG achieved revenues of EUR 3.3 million in this segment (previous year: EUR 3.0 million), representing 3.0% of total revenues (previous year: 2.3%); with additional revenue-relevant bulk orders in the second half-year, revenues in this segment are expected to double at least in 2012 compared to the previous year (2011: 9.5 million EUR).

The negative operating revenue in the first quarter has been more than compensated by the second three-months period. In the first half-year Manz AG recorded positive operating revenues (EBIT) of EUR 1.1 million (previous year: EUR 3.5 million). The financial result at EUR -0.6 million was below the previous year (2011: EUR -0.3 million). Consequently earnings before tax (EBT) declined to around EUR 0.4 million, compared with EUR 3.2 million for the same period last year. Consolidated income after taxes and minority interests amounted to EUR -1.5 million (previous year: EUR 2.9 million). With an average of 4,480,054 shares in circulation, this equates to earnings per share of EUR -0.34 (previous year: EUR 0.61).

Dieter Manz sees the further developments in financial year 2012 increasingly challenging, due the continuing low order situation in the Solar segment: "The declining solar market will weigh heavily on the Group's consolidated earnings for the entire 2012 fiscal year. Our business units have major opportunities to acquire new orders over the short term, and, as a result, we continue to see a chance to achieve the targets we set at the beginning of the year. Should we fail to acquire the expected orders as a result of the euro crisis, the weaker global economy, or the ongoing hesitation to make new investments in the solar industry, it will become increasingly difficult to achieve these goals."

The full half-year 2012 report can be downloaded from today onwards from the Investor Relations section of the company's website at www.manz.com.

Manz AG based in Reutlingen, Germany (ISIN: DE000A0JQ5U3) is a world-leading high-tech engineering company. Founded in 1987, in recent years the company has grown from an automation specialist into a supplier of production lines. Manz AG has amassed expertise in six areas of technology, including automation, laser processes, vacuum coating, printing, metrology and wet chemical processes. The technologies are deployed in three strategic fields, the "Display", "Solar" and "Battery" segments and continuously further developed.

The company, led by founder Dieter Manz, has been listed on the stock exchange in Germany since 2006, and currently operates production facilities in Germany, China, Taiwan, Slovakia, and Hungary. Manz AG also has sales and service branches in the USA, South Korea and India. At the beginning of 2012, Manz AG had approximately 2.000 employees, 900 of which work in Asia. With its slogan "passion for efficiency", Manz engineers are making a promise to offer its customers - all companies active in important future markets - increasingly efficient production equipment. As a manufacturer of production facilities, the company contributes significantly to reduce the production costs of end products and thereby making them available for a broad range of buyers worldwide.