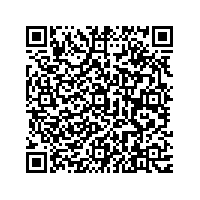 • Option to conclude a voting agreement with Dieter Manz not exercised by deadline on May 24, 2017
• CEO Dieter Manz remains primary shareholder of the company

Shanghai Electric Germany Holding GmbH has not exercised the option to conclude a voting agreement with primary shareholder Dieter Manz, CEO and founder of Manz AG, within the deadline period agreed upon in February 2016. The deadline period ended on May 24, 2017. With the voting agreement, the voting rights from the shares held by Dieter Manz would have also been attributed to Shanghai Electric in addition to the shares it acquired from the capital increase in May 2016.

Dieter Manz, who remains the primary shareholder of the company with an ownership share of 24.66%, explains: "With an ownership share of 19.67%, Shanghai Electric is an anchor shareholder and, at the same time, an important strategic partner for the further corporate development of Manz AG. With a free float of over 50%, we remain an attractive investment objective for investors."

The Shanghai Electric Group became involved with Manz AG as an anchor shareholder during the capital increase completed in May 2016. The goal was a strategic collaboration in automation technology and in the fields of Energy Storage and Solar. In this context, Manz AG, the Shanghai Electric Group and the Shenhua Group, the largest coal mining company in the world, entered into a strategic cooperation for the marketing and further development of Manz CIGS thin-film solar technology in January 2017. In addition to bundling strengths in the fields of energy generation, large-scale plant construction and globally leading, cutting-edge technology and the issuance of major orders with a total volume of 263 million euros to Manz AG, the founding of two joint ventures was a component of the cooperation agreement. Both the cooperatively founded research company and the joint company for marketing CIGS technology in China have meanwhile commenced operation.

Dieter Manz remarks: "Through strategic cooperation with Shanghai Electric, Manz has obtained even better access to the highly attractive Chinese market. At the same time, Shanghai Electric can realize the goal of further development and establishment of CIGS technology in China without additional investment in Manz AG, through participation in the joint ventures.  We have thus created a win-win situation, in the truest sense of the word."