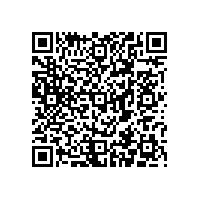 Subscribe to news
(PresseBox) ( Reutlingen, 17-03-13 )
- Martin Hipp leaving the company on 31 March, 2017 at his own request
- Gunnar Voss von Dahlen to join the managing board as new CFO on June 1st, 2017
- Voss von Dahlen has demonstrated experience as a CFO in the engineering industry and many years of management experience in Asia

Manz AG, a globally active high-tech equipment manufacturer with an extensive technology portfolio covering the three strategic business segments of "Electronics," "Solar" and "Energy Storage," is reappointing the position of its chief financial officer. The supervisory board of Manz AG followed Mr. Martin Hipp's wish to leave the company by mutual agreement on 31 March, 2017. The supervisory board regrets the departure and thanks Mr. Hipp for his many years of board service.

Dieter Manz, CEO and founder of Manz AG: "Martin Hipp helped shaping our corporate development for 14 years. In his ten years as CFO and as colleague on the Board, he contributed significantly to the successful establishment of Manz AG on the capital market. We thank him sincerely for his commitment, his allegiance and his loyalty and wish him all the best for his professional and private future."

The position of the CFO will be filled on June 1st, 2017 by Gunnar Voss von Dahlen (47). After four years with the auditing firm BDO, inter alia stationed in Washington, D.C., USA, and holding a degree in business administration he began his management career in the year 2000 with the Heidelberg Group. Over the following 11 years, he actively contributed to the further development of the company in various positions of responsibility, most recently as Senior Financial Officer of the Asia-Pacific region. In 2011, he became the CFO of the Swiss company Gallus Ferd. Rüesch AG. Returning to the Heidelberg Group in 2015 he holds the position of Segment Financial Officer for the Segment Services of Heidelberger Druckmaschinen AG.

Dieter Manz: "In Gunnar Voss von Dahlen, we have found a very experienced person to hold the position of CFO of Manz AG. From his many years of experience with the Heidelberg Group, he understands the concerns of a globally operating equipment manufacturer and also has a vast amount of experience in the region of Asia, which is a very important one for us. With his expertise, Mr. Voss von Dahlen will significantly contribute to the positive development of our company. We look forward to successfully working together."