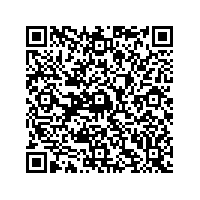 Subscribe to news
(PresseBox) ( Reutlingen, 10-11-05 )
Germany's Federal Chancellor Dr. Angela Merkel and Minister President Stefan Mappus visited Manz Automation AG yesterday. This company is one of the world's leading technology providers for the photovoltaic and flat panel display industries. In her meeting with the management of the Reutlingen-based engineering company, the Chancellor wanted to learn about Manz Automation AG's innovation strategy, and also about how it has managed to combat the impact of the financial and economic crisis.

After addressing the employees, visiting selected production facilities and holding talks with the Managing Board and employee representatives, Chancellor Merkel praised the company's successful strategy and Dieter Manz as an entrepreneur and visionary. Manz Automation has emerged from the economic and financial crisis in a stronger position, and is a prime example of how globalization also offers opportunities. She also commended the company's employees for having accepted short-time work. This instrument helped Manz Automation to keep employees with the company and to secure expertise in research and development in particular. This is a key driving force behind the company's further growth.

CEO Dieter Manz thanked Chancellor Merkel on behalf of the company's entire workforce for both her encouragement, and that of the Minister President: "The government has set the tracks in the right direction at an early stage. I am sure that this was a decisive factor for the current economic recovery." At the same time, he called on the federal government to consistently continue the course it has taken in the photovoltaic sector: "Solar energy has enormous potential to secure energy requirements for future generations. Far-sighted decisions by the government mean that we are also able to position the German engineering industry as a technology leader on the global photovoltaic market for years to come, thus helping solar power to make the breakthrough." Dieter Manz believes that this includes, in particular, subsidizing new technologies and also carefully adjusting remuneration for feeding electricity into the grid. "It is only possible to smooth the path for innovations by constantly reducing the feed-in rates. The most innovative solutions are from Germany, accounting for around 70% of deliveries worldwide. That means that our industry is a market leader. Favorable underlying political conditions mean that our country will thus also contribute to developments in the photovoltaic sector over the long term, and thus participate in the immense potential this sector offers," commented Dieter Manz.

Reutlingen-based Manz Automation AG (ISIN: DE000A0JQ5U3) is one of the world's leading technology providers for production systems in the photovoltaic industry, the FPD industry and for Li-ion battery production. The Manz Group's core competences are in robotics, image processing, laser technology, quality assurance, metallization, wet chemicals as well as control and drive technology. In-depth research and development activities mean that Manz Automation now ranks among the world's technology leaders in these segments. Manz has special photovoltaic experience in the field of integrated system solutions for the manufacture of crystalline solar cells and thin-film solar modules. With regard to the latter, the company is characterized, in particular, by its unique expertise in CIGS technology. Manz is the only provider to have access to a 30 MW CIGS reference factory, run by its strategic alliance partner Würth Solar. This factory has been tried-and-trusted since 2006 with 24/7 operations, and offers the highest effectiveness recorded to date in mass production. The factory is available as part of the strategic alliance with Würth for the further development of production technology and the qualification of new processes and materials. The Manz Group has sales and service branches in Germany, Taiwan, the USA, China, South Korea, India and Spain. In addition, the Manz Group has its own production facilities in Germany, Slovakia, Hungary, Taiwan and China.