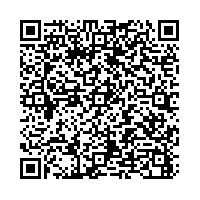 The Board members standing for re-election (Albert M. Baehny, Werner Bauer, Angelica Kohlmann, Christoph Mäder, Barbara Richmond, Jürgen Steinemann and Olivier Verscheure) were all elected for a further term in office of one year. Patrick Aebischer and Margot Scheltema did not stand for re-election.

The Annual General Meeting re-elected Albert M. Baehny as Chairman of the Board of Directors for a term in office of one year. The shareholders also elected Dorothée Deuring and Moncef Slaoui as new members of the Board; and Angelica Kohlmann, Christoph Mäder and Jürgen Steinemann as the three acting members of the Nomination and Compensation Committee.

A dividend of CHF 2.75 per share, as proposed by the Board of Directors and accepted by the shareholders, will be paid out starting from 5 May 2020. Fifty percent of this dividend will be paid out as repayment from reserves from capital contributions, without deduction of Swiss withholding tax, in accordance with Article 5, paragraph 1 bis of the Federal Law on Withholding Tax.

For further information please see the short-form minutes of the Lonza Annual General Meeting under the following link.

Lonza Group Ltd has its headquarters in Basel, Switzerland, and is listed on the SIX Swiss Exchange. It has a secondary listing on the Singapore Exchange Securities Trading Limited (“SGX-ST”). Lonza Group Ltd is not subject to the SGX-ST’s continuing listing requirements but remains subject to Rules 217 and 751 of the SGX-ST Listing Manual.

At Lonza, we combine technological innovation with world class manufacturing and process excellence. Together, these enable our customers to deliver their discoveries in the healthcare, preservation, and protection sectors.

We are a preferred global partner to the pharmaceutical, biotech and specialty ingredients markets. We work to prevent illness and promote a healthier world by enabling our customers to deliver innovative medicines that help treat or even cure a wide range of diseases. We also offer a broad range of microbial control solutions, which help to create and maintain a healthy environment.

Founded in 1897 in the Swiss Alps, Lonza today operates in 120 sites and offices in more than 35 countries. With approximately 15,500 full-time employees, we are built from high-performing teams and of individual employees who make a meaningful difference to our own business, as well as the communities in which we operate. The company generated sales of CHF 5.9 billion in 2019 with a CORE EBITDA of CHF 1.6 billion. Find out more at www.lonza.com and follow us on Twitter @LonzaGroup or Facebook @LonzaGroupAG.

Hannan announces copper-gold porphry discovery at Ucayali in Peru samples up to 25.6% copper