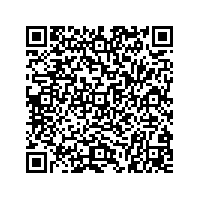 (PresseBox) ( Haarlem, The Netherlands, 08-10-13 )
Today leading video game publisher Lighthouse Interactive announced that Dead Mountaineer's Hotel, their shocking 'whodunit' mystery adventure game for Windows®, will be releasing in Q1 2009. Originally scheduled to release this year, they have decided to extend the production schedule in order to further polish the game. Dead Mountaineer's Hotel is a character-driven, non-linear game with multiple endings, inspired by award winning Russian sci-fi novelists, the Strugatsky Brothers. Players must solve the astonishing murder of one of the hotel's guests and unveil the startling secrets surrounding the mystical Dead Mountaineer's Hotel.

"Dead Mountaineer's Hotel is a game with a wonderfully intricate plot. It is very important for us to ensure that we meet the expectations of the Adventure community by marrying a great story with fun gameplay and quality voiceovers. The additional production time will allow us to further polish the game and deliver a great experience," said Steve Wall, V.P. Business Development at Lighthouse Interactive.

Playing as a vacationing police detective travelling through a snowy mountain range, you are caught in an avalanche and seek shelter at a remote inn - Dead Mountaineer's Hotel. Upon your arrival everything appears normal. You meet the other hotel guests, talk about the stormy weather, have a drink, and take in the beautiful scenery... Quite unexpectedly, you are thrust into the heart of a compelling mystery that turns into an intricate and bizarre murder investigation.

Strange and mystical events have been occurring at the hotel over the last few days leading up to the shocking murder. Each and every hotel guest becomes a criminal suspect. You must find the murderer and discover who, or what, is behind the disturbing incidences at the hotel. Reveal terrible secrets throughout your investigation and uncover the astounding truth behind Dead Mountaineer's Hotel.

FEATURES
- 5 different endings controlled by the player's actions, decisions and behavior
- An engrossing storyline set in a gorgeous game environment; from snow capped mountains to the incredibly detailed rooms of the secluded hotel
- Robust 3D real-time game engine allows for truly non-linear gameplay
- Explore a game world populated with dynamic lighting and shadows, and special effects (changes in weather, day and night gameplay sequences)
- 15 unique and lifelike characters, each with their own personalities, stories and agendas For more information on Dead Mountaineer's Hotel, bookmark the official website at www.deadmountaineershotel.com and www.lighthouse-interactive.com to keep up with the latest breaking news.

Toronto-based SilverBirch Inc. (SVB:TSXV) is a leading digital company operating in the fastest growing sectors of the video game and mobile markets. The company's video game operations include: SilverBirch Studios, a mobile and handheld video game developer; Lighthouse Interactive, publisher of interactive entertainment based in the Netherlands; and a co-venture with G4Box Inc. who operates licensed English language online multiplayer games. In its mobile division it provides mobile marketing services through Jambo Mobile Solutions and mobile content by way of an investment in CrossRoad Mobile. For more information, please visit www.silverbirchstudios.com.